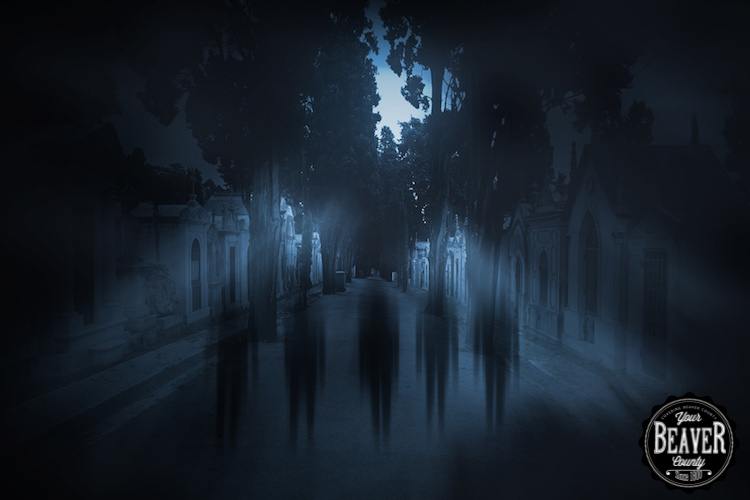 Something that has always fascinated me has been the paranormal. When I was in school, every paper, project, or speech where topics were free game, it was guaranteed I was picking something to do with ghosts, spirits, or psychic mediums. So now that I write for Your Beaver County, why should it be any different?!

I’ve heard a couple stories about this place although I, myself, have never been there (maybe once a long time ago, but since I can’t remember it doesn’t count).

Workers have reported lights flickering, doors shaking as if someone were trying to turn a locked knob, and bowling balls going down the lanes when the alley is completely empty.

The strangest incident reported was when someone supposedly saw a paper towel floating in mid-air.

Urban legend has it that in the 1800’s a young newlywed couple was traveling by horse-and-buggy home from their wedding when a small animal jumped out in front of their carriage and spooked the horse. This led the buggy to roll off of the road and into the creek, causing the bride to break her neck and die instantly.

The groom was pinned underneath the horse, and died next to his bride. It is said that on a very dark night, a fog creeps up onto the road and you can hear a horse click-clacking in the distance, followed by a scream, crash, and then all becomes silent again.

I ran cross-country in high school and we used to run up Sebring Hill and down through Mudlick Hollow all the time. I didn’t know about the story prior to running there, but I remember being creeped out the first time I ran it because I thought I kept hearing things.

After a couple runs through the hollow, I did some research and thankfully, our team never ended up going back. However, I did go back really late one night a couple weeks ago, and I wasn’t spooked at all. I heard no noises and saw no apparitions.

I think the scariest thing about this story is that I used to hear things during afternoon runs in high school, rather than at midnight on a dark, rainy night.

Summit Cut Bridge is located way in the back of Chippwea off of Shenango Road. The story goes that on a rainy night, a woman drove her car off the bridge, landing on the train tracks below, killing her instantly. It is said that late on a rainy night, you can see her walking down the tracks in a white dress.

I cross this bridge every day to get to the farm where I keep my horses and at night I have ALWAYS been freaked out crossing it. I swear I see lights, shadows, and other random things all within the five short seconds I’m crossing the bridge and when I blink, they’re gone.

I posted a Facebook status asking people to leave me messages with paranormal experiences they’ve had around the county and this bridge got a lot of shouts. One lady went as far to even say that she started to walk down to the tracks but chickened out when she started getting bad vibes and really, genuinely scared, so she ran back to her car and got “the f**k out of there.”

In Hopewell Township, where Independence Road meets Tank Farm Road and Shady Lane, there used to be an old dilapidated iron bridge (they renovated it in 2013).

Myth says that 150 years ago, a couple riding in a horse drawn carriage were killed when the horse spooked, causing the carriage to go over the then-wooden bridge and into the creek below. They say you are able to see the figure of the woman running beside the creek on some nights.

I’ve crossed this bridge a zillion times as my aunt lives just up the road, and I have never seen, heard, or felt anything weird.

Mt. Carmel Cemetery is supposedly so haunted that the Pittsburgh Ghost Hunters Association investigated this spot.

They found orbs of all colors, got recordings of voices, and saw a face on the tombstone of a man named John Erwin. They claimed to have been pushed away from graves by invisible hands, found hot and cold spots, and saw mists and blurs flash across the cemetery.

They called their experience, “one of the best demonstrations of ghost activity in a graveyard” they had ever come across, although they’re unaware of any urban legends associated with Mt. Carmel.

A bartender at 1810 once told me that the place was haunted. He said he and his coworkers would hear footsteps on the stairs, the doors and cabinets would open and shut, the chandeliers would swing, and a cold chill would pass through.

He told me that the ghost had a name, which I can’t remember now, but that he was a friendly ghost and just looking for a place to hang out. The workers liked having him around so much that they even told him goodnight when they would lock up for the evening.

The Borough Building in New Brighton

What was once known as the National Guard Amory, the present-day New Brighton Borough Building is home to a ghost nicknamed, “The General.”

No one seems to know why he is there or what he wants, but multiple employees have reported hearing footsteps, weird sounds, and even seeing doors open and close.

The Quaker Cemetery, which gets its name from the Quaker Pioneers back in the 1700’s, is said to be haunted by evil spirits. This is because this site was once used for the practice of black magic, as well as a place to kill those believed to be witches.

The cemetery is said to be haunted by all forms of ghosts and multi-colored flashes of light have been largely reported. An eerie atmosphere and almost an evil presence can be felt when approaching the old cemetery.

My friends and I attempted this cemetery a couple weeks ago (the same night we went to Mudlick Hollow) and chickened out as soon as we started to approach. Let me tell you – this one is FREAKY.

If you have any experienced any strange or unexplainable happenings anywhere around the county, let us know in the comments below!