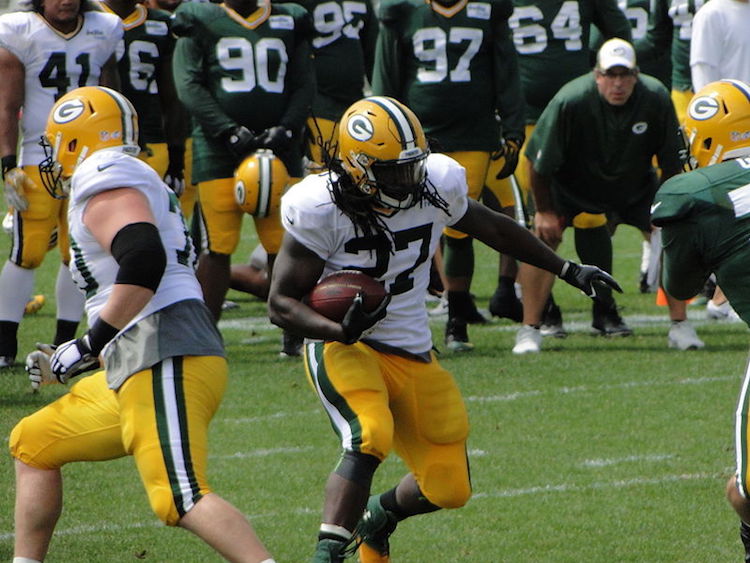 It’s that time of year again. We’re midway through the fantasy season and you’re most likely looking at a few teams that are nothing like the ones that you drafted.

You picked up a few surprises off of the waiver wire that are now your top performers, and you had to drop a few of those heart-breakers that you thought were going to ball-out… whether it was due to injury or being a straight-up bust.

Hopefully you’ve been more on the side of the pleasant surprises like most of my teams are. But I can tell you that Pocket Doggs is not faring well after losing AP, Keenan Allen, Sammy Watkins and Zach Ertz to injuries… not to mention Jamal Charles is still doing a whole lotta nothing on my already depleted bench.

I love writing these kinds of articles because we always get some great discussions going on. And nothing gives me more joy than complaining about gambling on something that is completely out of my control. I’m going to give you, in my opinion, the biggest fantasy busts (and happy accidents) of the season. Be sure to share your own experiences as well… who has come up big, or who has made you cry into your pillow?

Let’s start with the positives. Here are some players who have really impressed me and performed well above my expectations:

Now here are the guys who cut me real deep (players out due to injury excluded):

Allie Dixon
Allie is a lifelong resident of Beaver County. She is a 2006 graduate of Blackhawk High School, and still resides in Patterson Heights with her husband Andy and their 3-year old son, Luke. She is a Regional Manager at PLS Logistics and a sports fanatic. You can find her on Facebook as Allie Dixon.
 Share this article:  Facebook  Twitter
Youth Hockey Starts Monday October 28, 2016 By Erin Ninehouser
0
Comments
Master Sergeant Thomas Short and the Beaver County Marine Corps JROTC October 27, 2016 By Erin Ninehouser
0
Comments