Happy Birthday YBC: Looking Back on an Amazing First Year 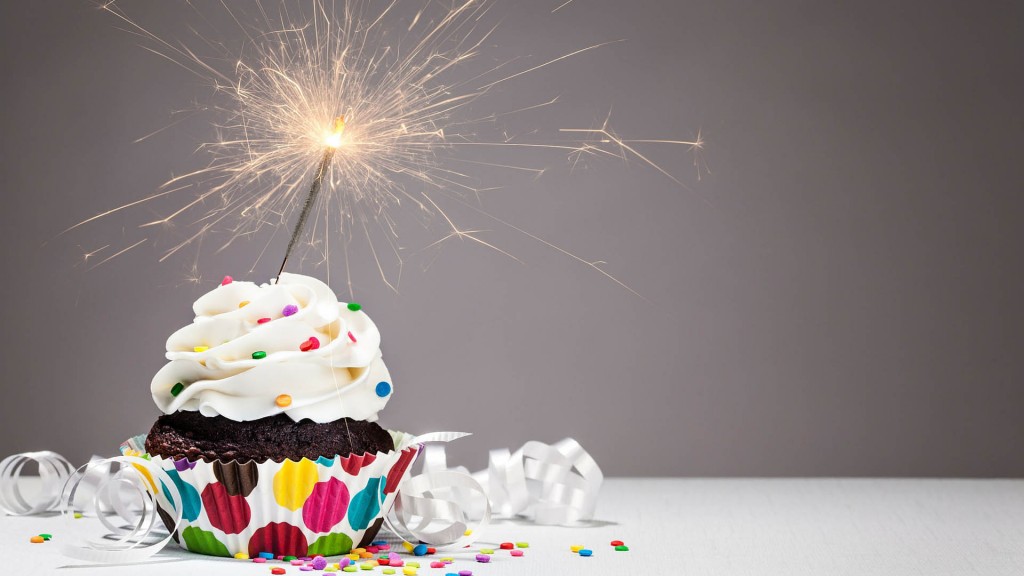 Today is a big day for everyone at the Your Beaver County virtual office. It is the one year anniversary of the day I hit publish for the very first time.

If you go back into our archives, you will see that we have content dated back as far as August of 2014, but September 8, 2014 was the first day that I made any of that publicly available.

To be honest, I didn’t have any grand aspirations when I started the site. I just thought it was a cool idea. But YBC has taken on a life of its own and we have been working our tails off all year to deliver exactly what our readers want.

In honor of the completion of a full year of publishing something every single day, the YBC crew is heading out to Hollywood Gardens tomorrow night to celebrate. If you are in the neighborhood, stop by and introduce yourself.

Our plan is to show up around 6 pm and take care of some burgers, chicken thighs, and of course…..some beer!

This week is also the official launch of Brixton Brewing, which will be sold at Hollywood Gardens. So come out and celebrate Beaver County with us!

I’ve met and interviewed a ton of really interesting people and businesses over the past year, so when Marc suggested we write something about our favorite article I was tempted to choose something like Red Wing Shoes, Split Personality, any of the real estate articles I did with Amy Logan, Melissa Gulla, and Marc Gulla.

I was also tempted to choose one of the cool list articles I did like The Top 5 Restaurants I Found Through Your Beaver County, Eight Diet-Friendly Options for Eating Out in Beaver County, or Seven Reasons Beaver County is an Exciting Place to Lve in 2015.

But for me, the article that really stands out on this special day is the one that started it all with my friends Steve and Justin at Performance PC.

When I asked Steve and Justin to spend an hour talking to me about their business, I honestly didn’t even have a prototype of the site to show them. But they graciously invited me into their office and told me all about their story with no promise that anyone would ever read it.

The story of these two guys taking a risk and starting their own business was the feature story on day one of YBC. And one year later, their story is still may favorite thus far simply because they took a chance on me.

In the past year, I’ve written over 60 stories for Your Beaver County. When we were talking about special ways we could celebrate our anniversary, I thought it would be cool for us to write about our favorite story.

Without a doubt, my favorite is the story I wrote on Bob Petrella, the Beaver Falls native who now lives in Los Angeles, who has the uncanny ability to recall every single day of his life. Petrella has been featured on 60 Minutes on three separate occasions, so I couldn’t pass up an opportunity to speak with him.

After exchanging a few emails, we spoke on the phone for about 20 minutes. I was captivated by his story, by his energy, and by his ability to unleash his unique talent throughout the conversation – HSAM – Highly Superior Autobiographical Memory. It was a conversation I will never forget.

My mom’s family (her maiden name is Mendicino) is from Beaver Falls. I asked Bob what he remembered about them since he moved to the City of Angels sometime in the 1970’s after graduating from Penn State. He had no trouble recalling vivid details and descriptions.

But overall, the most fascinating aspect of this man’s life is his basketball team, the Holland College Golden Knights, a tribute to the Geneva College Golden Tornadoes. As I wrote in the article, he conceived this team in his mind as a child growing up in Beaver Falls. He idolized his beloved Tigers.

After Coach Larry Bruno’s squad suffered a heartbreaking defeat, Petrella created a fictional basketball team, (and a fictional town, called Tigertown) and has been playing out seasons in his head for the last 50 years. Yes, 50.

He can recall players, coaches, teams, managers, scores, and championships won just like you and I can recall what we just ate for lunch 10 minutes ago.

Bob was in town in early August for the Larry Bruno Circle of Achievement Banquet, which also featured Beaver County’s most famous celebrity and athlete, Joe Namath (or as many older Beaver Countians call him, “Joe Willie”). Bob is a guy who has never forgotten his roots, and still loves western Pennsylvania. This article was so much fun to write.

My favorite thing I’ve written about this past year was by far the Ghost Stories. I had a blast doing the research for the article and even more fun hearing people’s first hand stories.

Reading the 100+ comments left on the site was pretty awesome too. Along with the 50 or so comments written on Facebook.

A couple people even reached out to me personally, offering more details and more stories. I thought this was especially cool, since connecting people with stories and stories with people is exactly what YBC is all about!!

Anyways, I thought reading about our readers’ paranormal experiences was so interesting that I compiled a list of places I had to check out for myself. I (somehow) convinced Marc to venture out with me one night to some spots that were popular in the comments section.

Even though Marc wouldn’t go more than 10 feet from the car, I got to explore some pretty cool graveyards and old churches. I had no activity to report, but actually seeing what the readers were talking about was really cool!

Andy and Marc asked us to pick the favorite article we have written for YBC’s 1st Birthday (happy birthday!!) and there was really no hesitation on my part. Immediately I had one thought – Donuts.

That donut throwdown article was awesome to research and put together. The entire family got involved and we had heated debates over it! Heated yet loving debates.

While we all had written ballots, except Toddler Beaverhausen, Teenager Beaverhausen took the challenge probably the most seriously. We had a countertop filled with donut boxes and no kidding…. a professional decorator wouldn’t have made my kitchen any more appealing. I have only one more thing to say. Macs 4 life!

Ok, I lied. I have two more things to say. We have already started the same process for Sicilian pizza. Who will come out on top?!? It’s anybody’s game! (although, it’s my article and I have ‘Buzzi Rules’ tattooed on my lower back. Kidding… I only have my appointment made for that.)

Since I’ve started writing for Your Beaver County I’ve fallen even more in love with the place that I already thought was the best! Being able to reminisce about our favorite restaurants, old shops, athletes or just all around great people has been so incredibly fun!

While I’ve enjoyed writing all of my articles, my favorite has by far been the 10 Signs That You Might Be From Beaver Falls, and then the 10 More Signs article as well.

It gave me an opportunity to think about what really makes my hometown unique and what I love most about it. I thought about my life growing up, special times I’ve had with my parents, brother, grandparents, friends and more! Then I got to add even more memories that I’m making every day with my husband and our son. It was truly a great experience.

Happy Birthday, YBC! Hopefully next year I’ll be able to choose a favorite article of my own, but for now I’ll just enlighten you with what drew me to this lovely group of people.

Until the birth of YBC, there was a conspicuous void in the internet when it came to finding information about our wonderful Beaver County. Then one day, Google produced a very special link…yourbeavercounty.com. “My Beaver County dot com? Really?!”

I can’t recall which article the link led me to, but it resulted in a frenzied click-a-thon. I read through nostalgic articles about the Beaver Valley Mall as it was in my childhood, and appreciated the “signs you might be from…” articles that highlight each community’s unique features. I was instantly hooked!

I’m very appreciative to have been given the opportunity to share my words with you – and am looking forward to seeing YBC grow!

Andrew Selby
Andrew is a professional freelance writer and lifelong resident of Beaver County. He created Your Beaver County to promote and showcase all of the positive aspects of our incredible local culture! You can find more of Andrew’s professional information at Brooklyn Content, or you can also follow him on his personal twitter account, @theAndrewSelby.
 Share this article:  Facebook  Twitter
James W. Fellenz, Brighton Twp. September 8, 2015 By In Memory
0
Comments
Da Burghcast is Back & Officially a Part of YBC! September 8, 2015 By Andrew Selby
0
Comments