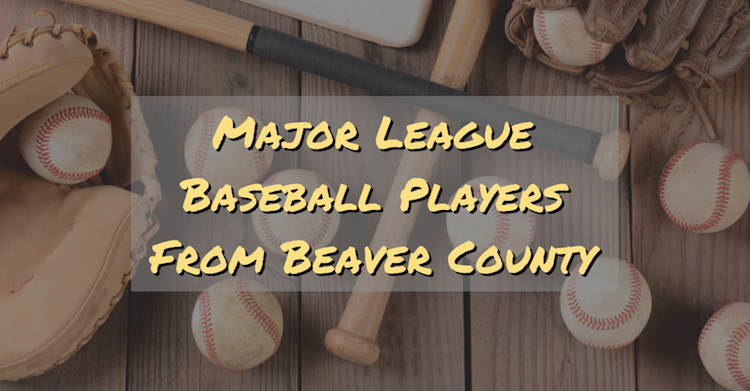 “Baseball was, is and always will be to me the best game in the world.” – Babe Ruth

The smells of freshly cut grass, the dirt that’s kicked up after a runner slides into home plate, even the new chalk lines that shine bright white before the first pitch is thrown … all of these things let you know that spring is here.

Coming from a family where we were playing baseball as soon as we could walk, this is one of my absolute favorite times of the year. My Dad and brother both played high school and college ball, and I followed suit by being the best softball player in the history of the world…

Unfortunately that statistic is impossible to track and measure. So you’ll just have to take my word for it.

The Love for Baseball

It’s a game unlike any other. There are no time restrictions, no shot clocks, and a game is literally never over until that final out in the bottom of the ninth.

You can fail two thirds of the time and still make it into the Hall of Fame. Every at-bat, every fielding opportunity, every pitch… it’s a whole new ball-game.

It’s a game of patience, natural talent, work ethic, and determination. Anything can happen. Anyone can win. And that’s what makes it great.

“The other sports are just sports. Baseball is a love.” -Bryant Gumbel

Beaver County produces phenomenal athletes. We all know that. But do you know what professional baseball players actually grew up in this area?

In the spirit of this season starting up, I wanted to take a look back at the Beaver County greats! Those legends that you are proud to say came from your home town.

John Patsy Francona (Tito) was born in Aliquippa, PA and attended New Brighton High School. He broke onto the scene in 1956 with the Baltimore Orioles. He recalls his first game in the show, getting hitting advice from Ted Williams during warm-ups. No big deal… right?

The majority of his career was spent with the Cleveland Indians where he had his best offensive season in 1961, batting over .300!

Over the course of his 15-season run in the majors, this Southpaw phenom played in almost two-thousand games, and had a lifetime batting average of .272.

He clearly passed along his talent and love of the game to his son, Terry, who was also a great player and manager for the Boston Red Sox bringing home two World Series Championships. Since he wasn’t born in Beaver County, though, he doesn’t have his own section.

John David Burkett was born in New Brighton and attended Beaver High School. He began his career with the San Francisco Giants where he also had his career best record of 22-7 with a 3.65 ERA in 1993.

He also played for the Marlins, Rangers, Braves and Red Sox. His winning outing in 1996 was actually the first post-season win in that franchise’s history! He was selected as a National League All-Star in both 1993 and 2001 and retired with the Red Sox in 2003 at the age of 38.

George Francis (Doc) Medich was born and raised in Aliquippa. After attending the University of Pittsburgh and playing as a tight end on the football team, he was drafted by the New York Yankees.

He finished third in the running for the American League Rookie of the Year in 1973, going 14-9 with a 2.95 ERA. He can also boast being the last winning Yankee pitcher at the Old Yankee Stadium, when he pitched a shut-out against the Tigers on September 29, 1973.

He played for a few other teams after his time in New York, including a year with our own Pirates in ’76 and a long stint with the Rangers. He retired a Brewer after 11 years in the big leagues in 1982.

I have two goals. The first is to play in the World Series and the second is to hit .400. And I think I’ll do both – someday.” -Jack Clark

Jack certainly lived up to his hype during his 18-season career that began with the Giants in 1975. He was a two-time Silver Slugger winner, a four-time All-Star, and was one of the most feared right-handed batters in the National League in the late seventies, finishing his career with 340 home runs.

Other Notable MLB Players From the County

Do any of you have fond memories watching these all-time greats take the field? Who are some of your favorites?

Please note: All of these players were actually born in Beaver County. I know we have a lot of great ones who moved here during their youth, but that’s why they weren’t included in this article.

Allie Dixon
Allie is a lifelong resident of Beaver County. She is a 2006 graduate of Blackhawk High School, and still resides in Patterson Heights with her husband Andy and their 3-year old son, Luke. She is a Regional Manager at PLS Logistics and a sports fanatic. You can find her on Facebook as Allie Dixon.
 Share this article:  Facebook  Twitter
This is a Great Piece... May 6, 2015 By Elena D'Agostino
0
Comments
Ronald W. "Pita" Pitzer, Rochester May 5, 2015 By In Memory
0
Comments