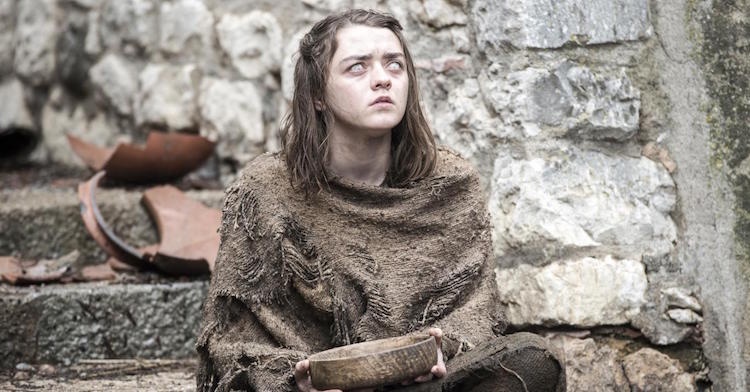 “Gather the Knights of the Vale. It’s time to join the fray.”

This line from Petyr Baelish says it all. The continent of Westeros is in chaos, and to the east, Essos, is where Daenerys Targaryen and her dragons dwell for the time being. Yes, HBO’s smash hit, and one of the most popular shows in the world, Game of Thrones, has never been this good.

Season six has been riveting thus far through five episodes. This is the first season that is beyond the books. Book readers and viewers alike could always refer back to the books to get a sense of what was to come. Not anymore. George RR Martin’s sixth novel in this fantasy, The Winds of Winter, is still not out yet. Predictions had it being released sometime in early 2016, but now, it’s looking more like early 2017…at best.

Since episode five marks the halfway point, I wanted to give our readers a mid-season analysis in this world of fire and ice.

Let’s begin in the north at the mythical Wall. Jon Snow (or is it Jon Targaryen?) was brought back to life by the red priestess from Asshai, Melisandre, in episode two. Jon is no longer a brother and Lord Commander of the Night’s Watch. Since his resurrection, Jon has been reunited with his half-sister, Sansa Stark, at Castle Black. It had been five years since we saw these two share the screen together.

Brienne of Tarth and her squire, Podrick Payne, rescued Sansa and Theon in episode one from the Bolton men and hounds that were leading a search party to bring her back to Winterfell. And Winterfell is where a lot of the action will take place in a few weeks. Jon and Sansa want to take back the North. Their father was Warden of North. They are the family in the North, and it is theirs by right. A major battle will occur, presumably to try and take back Winterfell from the Bolton’s, Karstark’s, and Umber’s, all formerly sworn families to House Stark.

Lord Petyr Baelish, literally one of the most cunning characters on television today, has gathered the Knights of the Vale at Moat Cailin, which sits directly south of Winterfell in the Neck. The Knights are one of the most lethal fighting forces in Westeros. They’ve yet to join in in the War of the Five Kings that viewers have been accustomed to in season’s one through five. But now, the time has come. This army is ready to assist Jon Snow’s army of wildlings in taking back the North.

Why? Because the Knights of the Vale are the personal army of House Arryn. The Protector of the Vale, the weakling child Robin Arryn, is the first cousin to the Stark children. Those pieces fit together quite nicely. The question of whether or not Sansa Stark and Jon Snow will call on this army remains to be seen. If they want to take back the North, they would be wise to do so.

Beyond the Wall, even farther in the North, lies Brandon Stark, Hodor, and Meera Reed. We last saw them in season four, where Bran finally fulfilled his destiny, at least to this point, in meeting the Three Eyed Raven. The Three Eyed Raven has mythical powers…and so does Bran.

The old man who lives in a tree has taken Bran on journeys where they travel back in time. And viewers have been treated to extraordinary flashbacks through these visions. Earlier this season, we were taken to the Tower of Joy, where we saw a young Ned Stark and Meera Reed’s father, Howland, slay Arthur Dayne, one of the greatest swordsman Westeros has ever known.

For those who don’t know, this was a rescue mission by Stark and his men. In the Tower of Joy is Ned’s sister, Lyanna Stark and a crying baby. What baby is that? In my opinion, and the opinion of many who watch the show and read the books, it’s none other than Jon Snow, son of Rhaegar Targaryen and Lyanna Stark. Yes, this would make Jon Ned’s nephew, and rightful heir to the Iron Throne.

I am hoping showrunners Dave Benioff and Dan Weiss reveal the full details of the Tower of Joy. As a book reader, it’s so nice to see these scenes finally come to life. Another vision we just saw in episode five is the creation of the white walkers. FINALLY. This big moment revealed how the white walkers were created: by none other than the Children of the Forest in order to protect themselves against the First Men who threatened their existence.

Does this mean the white walkers and Children of the Forest were once allies? So many questions, so little answers. Yet that is the way this world works. We then see Bran’s confrontation with the Night’s King, or white walker #1. In this vision, we saw the Night’s King grab Bran’s arm, leaving an icy claw mark on it.

A few minutes later back in real time, the Night’s King and the army of the dead are at the weirwood tree where Bran and the Three Eyed Raven dwell. Uh oh. Chaos ensues, and the end of episode five wraps up by another big reveal: the origins of Hodor.

We know that Hodor was a stable boy back in Winterfell, but we finally know that his entire destiny in life was to protect Bran at all costs. Hodor and the Children of the Forest sacrificed their lives so Bran and Meera could escape the tree and venture back in the North where they will try and escape the white walkers. Since Hodor and Bran’s direwolf, Summer, are dead, they will need help. We haven’t seen Bran’s uncle, Benjen Stark, since season one. Will episode six finally give us back Benjen Stark in some way, shape or form?

Back in Kings Landing

Back in Kings Landing, we still have Queen Margaery locked up in the cells along with her brother, Loras Tyrell. The High Sparrow has taken control of the city with his message of atonement, peace, and non-violence. He has somehow pitted the Lannister’s against the Tyrell’s, and even King Tommen’s power is useless against the High Sparrow, who stands as the head of the Faith of the Seven.

The Lannister’s and Tyrell’s are not going to sit idly by and watch this any longer. I envision a major conflict between these two powerful families and the Faith Militant. Whether it results in chaos in the capital or a resolution remains to be seen.

Rumors and predictions are rampant, with the common theory suggesting there will be a trial by combat that will pit Ser Robert Strong, formerly known as Ser Gregor Clegane, the enormous monster that Qyburn created, against his brother and another undead person, Sandor Clegane, also known as the Hound. Please give us this!

Across the Narrow Sea

Finally, across the Narrow Sea on the continent of Essos, we have two major storylines developing. First, in Braavos, Arya is still undergoing her training to become a Faceless Man. She was given her eyesight back by Jaqen H’ghar, while continuing to get the crap beat out of her by Jaqen’s assistant, the Waif.

Theories have suggested the Waif is actually a Frey from Westeros, and we know the history between the Stark’s and the Frey’s. But Arya is No One. Arya’s storyline is so intriguing from the perspective of no one knows what her mission is, and what her end game will be. This much is certain: Arya is learning to become a stealth assassin. How she uses those skills in the wars to come, time will only tell.

Further east in Essos, over in Meereen in Slaver’s Bay, Varys and Tyrion are holding down the fort atop the great pyramid in Dany’s stead. Tyrion, Varys, along with Greyworm and Missandei of Naath, are running the city until Daenerys returns from Vaes Dothrak, the capital city of the Dothraki people.

In episode five, we saw a new red priestess, Kinvara, the first servant of the Lord of Light. It appears that she is a more powerful sorceress than the show’s other red priestess, Melisandre. She was able to accurately tell Varys about his time as a child, where he was castrated and thus became a eunuch. She also knew about Tyrion being in Volantis in season five. Obviously, there is some serious power and legitimacy to the Lord of Light. I’m anxious to see if Kinvara plays a larger role in the second half of the season and beyond.

Finally, in Vaes Dothrak, we saw one of the most stunning and powerful scenes in the entire series in episode four. Daenerys Stormborn, the Unburnt, the Queen of Meereen, Khaleesi of the Great Grass Sea, Breaker of Shackles, and Queen of the Andals, took down the Dothraki hierarchy and leadership with relative ease.

While the Khals were meeting to determine her fate, she determined their fate by burning the Temple of the Dosh Khaleen, killing them all, and emerging from the fires as the new leader of the Dothraki people. When she emerged from the inferno, the Dothraki bowed to her in awe. There is no question they now believe she is some sort of god, the prince (or princess?) that was promised by the Lord of Light. Dany’s storyline now has her leading her new khalasar into the Red Waste, and perhaps onto Westeros where she will claim what is rightfully hers: the Iron Throne.

In my opinion, season six is by far the best season of Game of Thrones to date. We know the show is planning on two more seasons. Finally, we are starting to see major movement with story lines for what is setting up to be an EPIC final two seasons. There are still more questions than answers, and I believe the showrunners will answer most of those questions for us before this amazing story concludes once and for all.