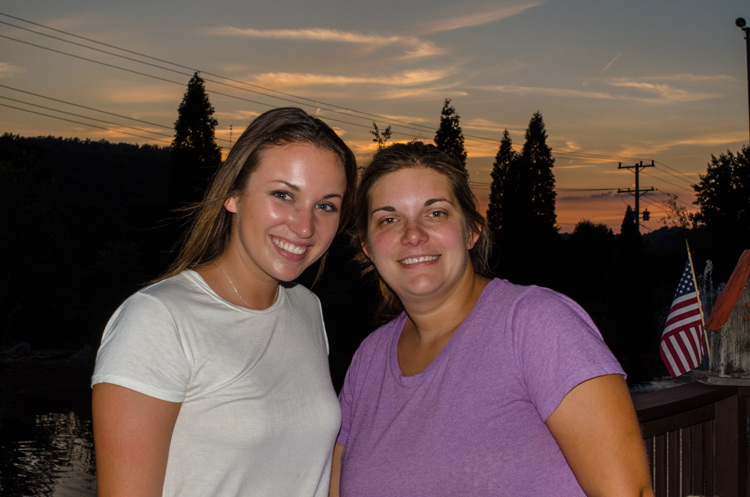 “Frontier Falls has been here 22-23 years. We’ve got really nice waterfalls in the back. And fish — we actually had to put a fake alligator in the pond because we had osprey swooping down and snatching the fish. Since we’ve had the alligator, we haven’t had as many problems. Right now we have Japanese Koi, Grass Carp, Bluegill. People like to feed them. They eat anything and everything! Sometimes we’ll throw food in there from our lunch, like pizza crust, and they eat it right up.”

(Frontier Falls is a great spot for mini-golf. They’re off Rt. 65 in Rochester, open Monday – Sunday, noon to 9:30pm)

Erin Ninehouser
Erin Ninehouser loves photography for its ability to reveal truths and insights that are often too difficult to capture with words. She believes, as Garrison Keillor says through his troubled yet triumphant character Barbara in Pontoon, that “the only sermon that counts is the one formed by our actions.” A native of New Castle, Erin has made her home in Ambridge where she lives happily with her wonderful husband Dave, their three adorable and hilarious cats, and their “old gentleman” dog, Max. Erin is excited to help tell the stories of the people of Beaver County. You can see more of her work on Facebook and connect on Instagram or Twitter.
 Share this article:  Facebook  Twitter
Hot Summer Nights Car Cruise in Beaver August 3, 2016 By Andrew Selby
0
Comments
Grandpa Joe's Gourmet Rootbeer Tasting August 2, 2016 By Anastastia Beaverhausen
0
Comments