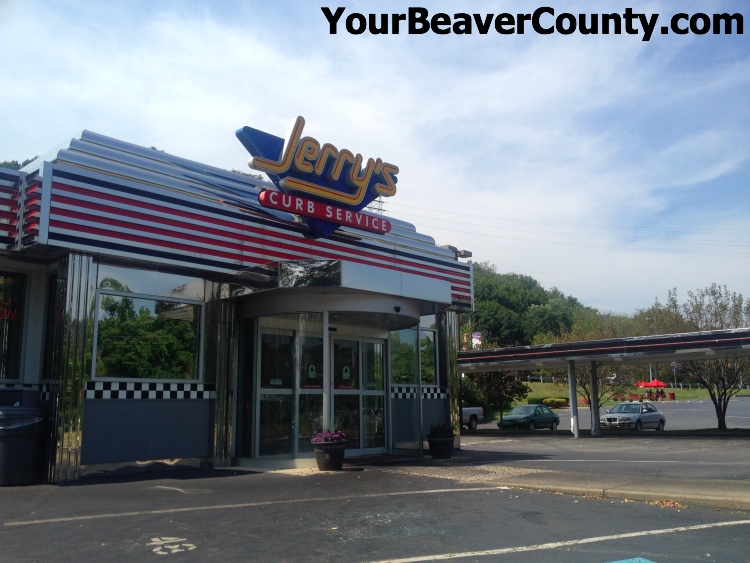 When I was a kid, Jerry’s Curb Service was my absolute favorite restaurant. Like many kids growing up in Beaver County, my love for Jerry’s had nothing to do with the food or the service, although both are exceptional. I loved going to Jerry’s Curb Service because you got to eat in the car and your kids meal was service in a cardboard car. That was all it took.

The History of Jerry’s Curb Service

Jerry’s Curb Service was started in 1947 by Jerry Reed. He had just returned from the United States Air Force and had a passionate desire to start a business in his hometown. After a stop in Fort Wayne, Indiana, Jerry became very interested in the drive-in restaurant concept and decided that this would be the model for his new business.

On September 29, 1947, Jerry Reed and his wife Donna officially opened Jerry’s Curb Service to the public and they have been serving burgers and fries ever since. When it finally came time for Jerry and Donna to retire, they passed the business on to their son, Bruce, who still owns the restaurant today.

There really isn’t a whole lot to the menu at Jerry’s Curb Service. It’s about as straightforward as you can imagine those popular drive-ins were in the 1950s. You basically have your choice of a few different types of burgers, a ham and cheese, a steak sandwich, and a few chicken sandwich options. There are also steak and chicken salads, and the “hold the lettuce” versions that are simply steak or chicken with fries and a side of dressing.

While I don’t deviate from my order, my friends and relatives who order burgers and fries insist that there is no better condiment on earth than Jerry’s sauce, which is a mysterious combination of ketchup, mayo, and some other unknown ingredients.

The menus at Jerry’s Curb Service hang on the sides of the building, and the most important part is at the bottom: “Parking Lights for Service.” This is great. It’s the only restaurant I have ever been to where you can tell the waitress you need her without being rude. Whenever you are ready to order, you just flip your parking lights on. Need a refill? Hit your parking lights. It’s great.

Jerry’s Curb Service is located right off of Route 51 in Bridgewater. Since this is a 1950s style drive-in, you can almost always expect to find classic cars parked here, especially on Friday and Saturday nights in the summer!

Andrew Selby
Andrew is a professional freelance writer and lifelong resident of Beaver County. He created Your Beaver County to promote and showcase all of the positive aspects of our incredible local culture! You can find more of Andrew’s professional information at Brooklyn Content, or you can also follow him on his personal twitter account, @theAndrewSelby.
 Share this article:  Facebook  Twitter
The Peaceful Open Spaces of Brush Creek Park September 25, 2014 By Andrew Selby
0
Comments
Monaca Volunteer Fire Department Stop, Drop & Run 5K September 23, 2014 By Andrew Selby
0
Comments