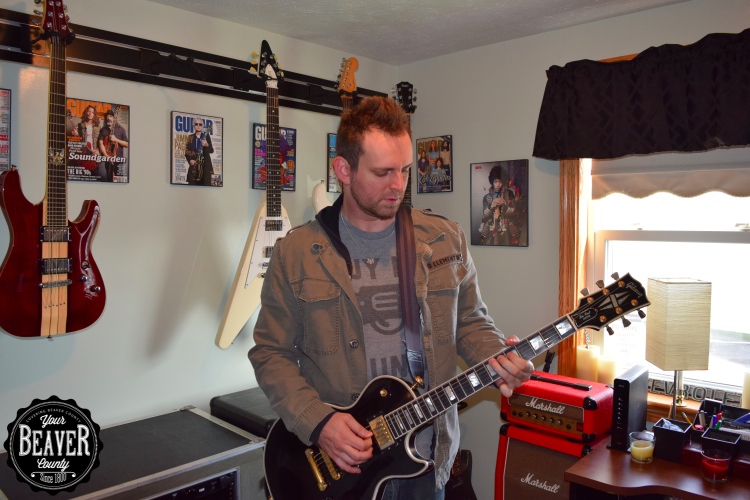 If you frequent Paradise Pub in Center Township on the weekends, you have probably seen Double Edge perform on numerous occasions. This acoustic duo combines a wealth of talent and experience into a polished, professional package that is hard not to like.

Since one of the Double Edge guys happens to be an old friend of mine, he was happy to have a few beers with me and discuss the interesting path he took to become one of the most popular acoustic performers in Beaver County.

Terry Engelman has been a fantastic guitar player for as long as I have known him, but he isn’t one of those guys that was born with a six-string in his hand. Despite the fact that his mother had been pushing him to learn for years, he actually didn’t even pick up a guitar until he was 16 years old because he had always envisioned himself as a singer.

At the time, he was hanging out with a buddy who was able to play a few Nirvana songs an an old acoustic guitar. When Terry attempted to play the same songs, his friend laughed at him and told him he was terrible. That was all the motivation he needed. Two weeks later, Terry was able to play those Nirvana songs way better than his friend could, and he has never looked back.

Just a few years later, Terry found himself on stage for this first time at the Monca VFW alongside the famous Granati Brothers. When he admitted to being scared to death, they told him that “rock and roll and playing live music is like a roller coaster. It will scare the shit out of you, but you will want more.” Terry was hooked.

Throughout the following decade, Terry played on stage with a number of different bands including the hard rocking Living Lie and the metal band, Die Lorelei. While he experienced moderate success with each of these projects, since they ended he had pretty much been a solo act, until Frank Caratelli called. 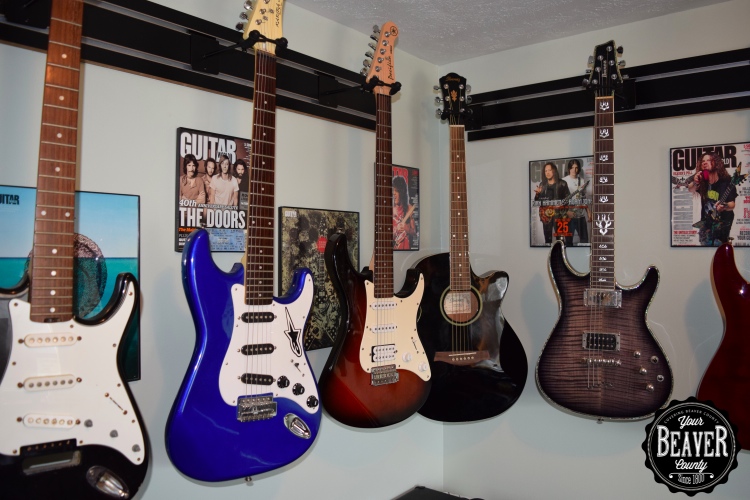 Terry isn’t the type of guy that tries to hide the fact that he loves playing music. It’s pretty much all he wants to talk about, so it’s no surprise that he has developed friendships with a number of people he has worked with over the years.

He was introduced to an awesome metal musician named Rob Manor when he worked at Boscov’s during college. Later, he formed a unique friendship with Frank Caratelli when the two of them worked together at the Beaver County Transit Authority. Frank Caratelli is an outstanding musician who has been playing music professionally for years with bands like FOXX, Dallas, and Stryke 3.

During the time that they worked together, Terry and Frank would constantly talk about the possibility of starting an acoustic duo together, but the timing never worked out. Then one day, out of the blue, Frank called Terry and suggested they actually move forward with their idea. That was the beginning of Double Edge.

As Double Edge became a reality and Franky and Terry began practicing together, Terry realized that his music career was turning a corner. Terry explained that Frank knows exactly how to push him to become a better guitar player and singer, and those pushes have made a huge difference over the year he has been working with Frank.

After more than year of weekly practicing and regular gigs, Terry and Frank have gotten very comfortable working with each other and Double Edge has become on of the most popular acoustic duos in Beaver County and the surrounding area.

If you’ve had the chance to catch a Double Edge performance, you probably noticed that Terry and Frank play the same guitar. As bookings became more consistent, the guys thought it would be a good idea to invest in similar guitars. They both fell in love with the Taylor T5z, so Terry ordered his in Pacific Blue and Frank ordered one in Borrego Red.

Because both Terry and Frank are electric guitar players by nature, these Taylors allow them to blur the lines a bit with their acoustic performances. While they still have an acoustic sound to them, they also allow the guys to push things a bit more to the electric side.

When playing their new Taylors, Double Edge runs them through a Bose L1 Model II PA System with a B2 Bass Cabinet. They also run chorus and reverb pedals, as well as a boost pedal for solos. 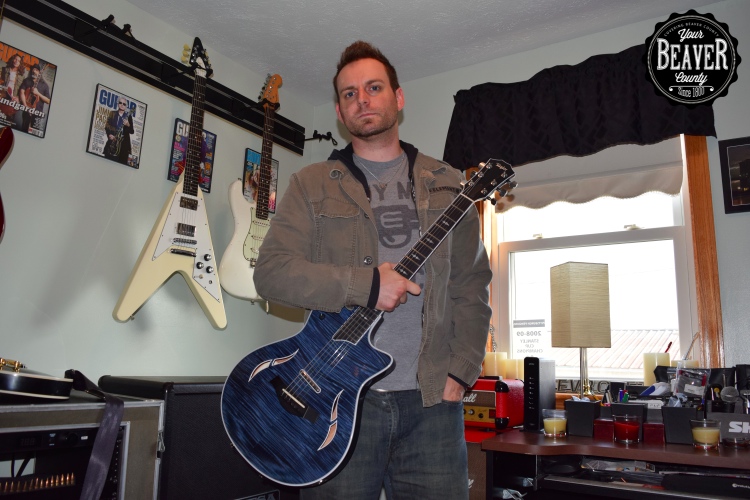 The Taylor T5z is just the beginning of Terry’s impressive collection of guitars and equipment. Some of his favorite guitars include his Gibson Les Paul Custom, Fender American Strat, Gibson Flying V, Schecter Hollywood Classic, and his Ibanez SZ720. His favorite electric setup is his Mesa Boogie Dual Rectifier Amp and his two matching Mesa 4×12 Cabinets.

Terry does not have plans to stop adding to his guitar collection anytime soon. He actually has a list of all of the iconic guitars and amps he is panning to acquire over the corse of his life. At the age of 31, he already has a pretty good start. After only one year together, Double Edge is also off to a pretty good start!

For more information on where you can find Double Edge or how to book the guys, check out their Facebook page!

In addition to playing in Double Edge, Terry also makes semi-regular appearances playing rock music with some old friends in Dirty Over Thirty. Originally conceived as a one-time-only act, Dirty Over Thirty has been playing an annual event at the Hard Rock Cafe in Station Square for a few years now and also makes additional appearances from time to time. 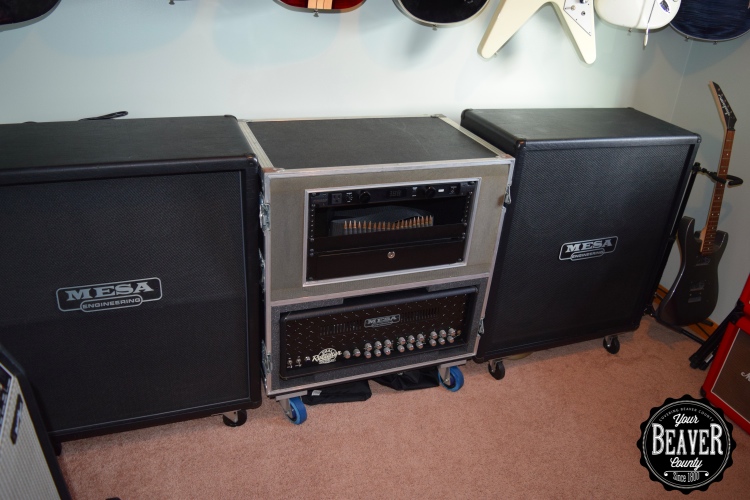 Andrew Selby
Andrew is a professional freelance writer and lifelong resident of Beaver County. He created Your Beaver County to promote and showcase all of the positive aspects of our incredible local culture! You can find more of Andrew’s professional information at Brooklyn Content, or you can also follow him on his personal twitter account, @theAndrewSelby.
 Share this article:  Facebook  Twitter
Castle Toys and Games: Delighting Us All Since 2005 November 4, 2014 By Emily Dockter
0
Comments
WPIAL Playoffs Week 1 Recap November 2, 2014 By Marc Grandinetti
0
Comments