Do You Know the Golden Rule? 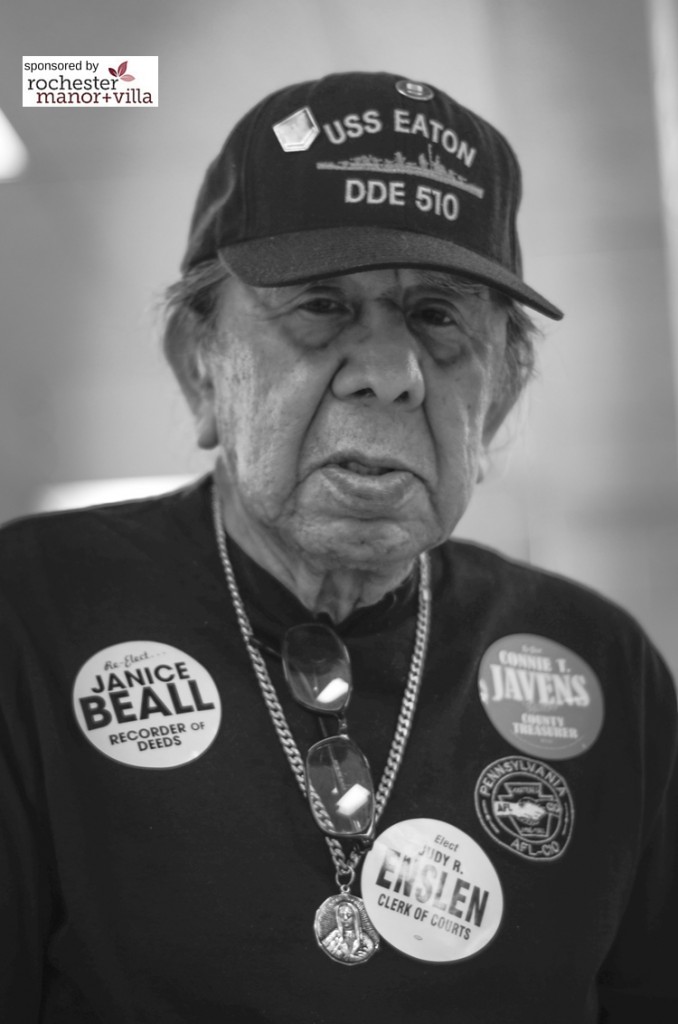 “I retired in ’82 from J&L. I’m active now with the Red Cross, helping after disasters, with the Knights of Columbus, and the Vietnam Veterans. I went into the service in 1956, came out in 1960. With the Red Cross, I’ve been to Florida, Texas, New Orleans, all over to help [with electrical work] after natural disasters.

[as he looks around the parish hall] It’s all changed since I came here when I was young. There a was a stage in the far corner, and there used to be a bell tower near where the kitchen is now. I used to be an alter boy, when I went to school here, and that was one of my jobs, to go up in the tower and ring the bell.

Before you go, let me ask you: do you know the golden rule?”

“Sure — do unto others as you’d have them do unto you.”

“He who has the gold makes the rules. That’s what’ll happen unless we stand together and demand better.”

Erin Ninehouser
Erin Ninehouser loves photography for its ability to reveal truths and insights that are often too difficult to capture with words. She believes, as Garrison Keillor says through his troubled yet triumphant character Barbara in Pontoon, that “the only sermon that counts is the one formed by our actions.” A native of New Castle, Erin has made her home in Ambridge where she lives happily with her wonderful husband Dave, their three adorable and hilarious cats, and their “old gentleman” dog, Max. Erin is excited to help tell the stories of the people of Beaver County. You can see more of her work on Facebook and connect on Instagram or Twitter.
 Share this article:  Facebook  Twitter
Haunted Beaver County: Mount Olivet Cemetery October 29, 2015 By Marc Grandinetti
0
Comments
Da Burghcast: Episode 507 - Da Burgh Halloween Special October 28, 2015 By Andrew Selby
0
Comments