When it comes to getting in shape, forming good habits, and setting goals for yourself, one should look no further than Daman’s Strength Training, located along Pennsylvania Avenue in downtown Monaca. Owner Rick Daman, along with his staff, have separated themselves from the competition locally, and even regionally, and has become one of premier gyms in western Pennsylvania.

Rick’s positive mindset he instills in his clients has shown proven results for anyone that steps foot in his gym or at one of his famous boot camps. Daman’s Strength Training offers a number of different programs for people of all walks of life. Let’s take a look at the history of DST, the programs it offers, and the coaches that are making a difference.

Daman’s Strength Training officially opened in November of 2009, but Rick knew in the back of his mind he always wanted to start a gym right here in Beaver County. It’s been his dream since the age of 12 to own a gym, something he could call his own.

Rick’s background in strength training dates back to 2004 when he joined the staff of his alma mater, the Rochester High School football team. One of his duties was to serve as the strength and conditioning coach. Rick’s passion for developing young athletes and having a positive impact on their lives only took off from there.

Daman credits Dr. Dan Matsook, his former coach, as a huge influence in his life. He said, “I enriched myself into the program that taught me how to be a champion and think like a champion. I had a passion for giving to the athletes what Coach Dan Matsook gave me as a player. Running that program every day for five years gave me the experience I needed to start my own coaching facility.” 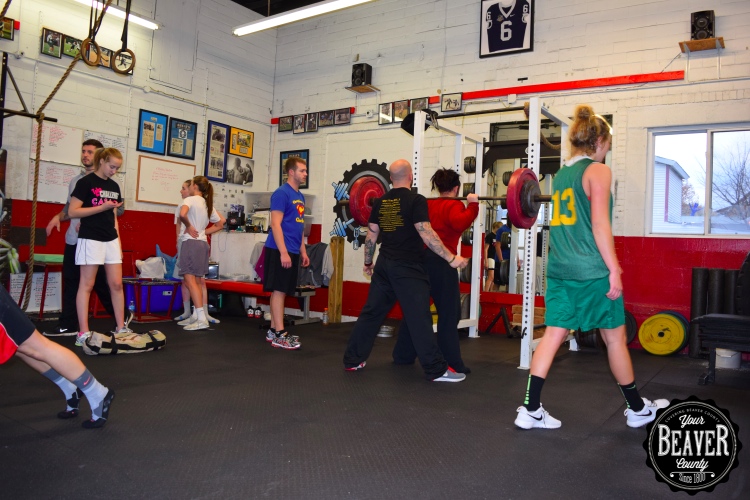 The Best Coaches in the Business

When the time came for Rick to open his own gym, he wanted to create a team atmosphere for every member. Rick has accomplished this through a number of ways. First, it comes from the six coaches he employs. They include his wife, Dena, who runs the on-site programs where she trains members in the confines of their homes.

Shawn Moody is the “glue to the facility,” according to Daman, and “hands down the most influential coach I have ever been around,” he said. Moody is the coach and programmer for the athletic programs DST offers.

Mary Futato is the boot camp director, and has been running the boot camp since the first day it began. Daman said, “Mary has a special personality and passion for coaching the women in our boot camp.”

Aaron Petrun serves as the lead coach at DST and was once an athlete in the program. Aaron runs the athletic programs as well as adult programs, and according to Rick, knows the gym better than anyone else.

Chris Tyson and Dana Phleger are the newest coaches at DST. Both students at Geneva College, they are young and extremely eager to learn the DST philosophy to coaching the athletes and adults that come into the program. Rick said, “I am very excited to see these two coaches grow and take on a bigger role in our program.” 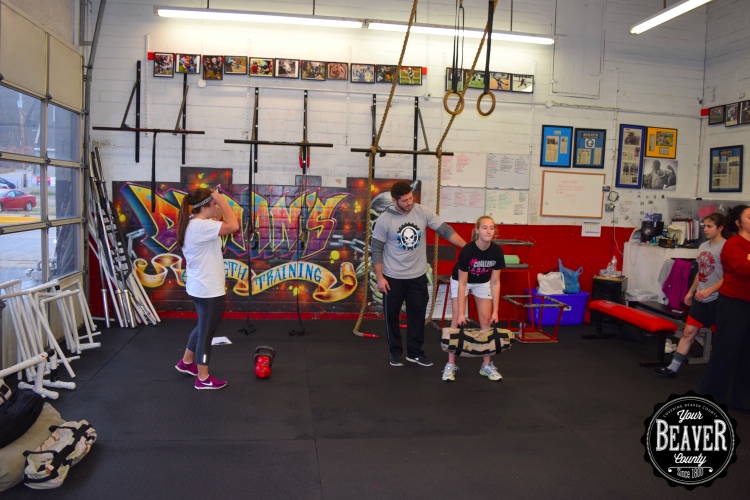 DST offers a variety of programs aimed at different age groups and genders. They primarily train middle school and high school athletes in and around Beaver County. Athletes will car pool with each other, and some even have parents who train alongside their child.

They have approximately 70 athletes, both male and female, who are dedicated to working out and becoming better on a weekly basis. Beaver High School quarterback Zach Royba added 16 pounds of muscle from training at DST. His dad, Paul, said, “Zach has learned proper strength training techniques, increased mobility and proper eating and nutrition.”

One of the hallmark programs DST offers is the boot camp program. Close to 100 women are in the gym at either 5:00 AM or 8:00 PM getting instruction and motivation from Ms. Futato and Mr. Tyson. This program is a huge hit with the women who take part in it. They are overcoming many challenges and obstacles, and this is often a life-changing experience. “Seeing our clients progress in health and in life is hands down the most rewarding experience as an owner and a coach,” Daman said.

With all that being said, members are not just limited to Beaver County residents. DST’s client base reaches to Cranberry, Butler, the South Side of Pittsburgh, McKees Rocks, and other places in Allegheny County.

One exciting new development that will be taking place is the expansion of the current facility. Currently, the gym occupies only 800 square feet. After expansion, it will grow to about 3,100 square feet. While almost quadrupling in size, Daman said he plans to use the new space to run a speed program under the watchful eye of Mr. Moody, who runs the GameSpeed program. It will also include synthetic turf to replicate game-like conditions for the athletes.

When it comes to gyms and training facilities, Daman’s Strength Training is the leader of the pack, and it’s right here in our backyard. If you’re looking to make a lifestyle change, pay the staff at DST a visit. Your health and well-being depend on it. 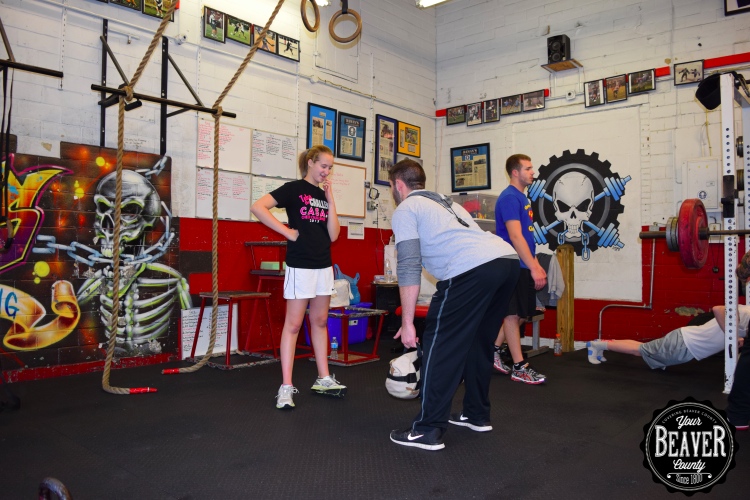