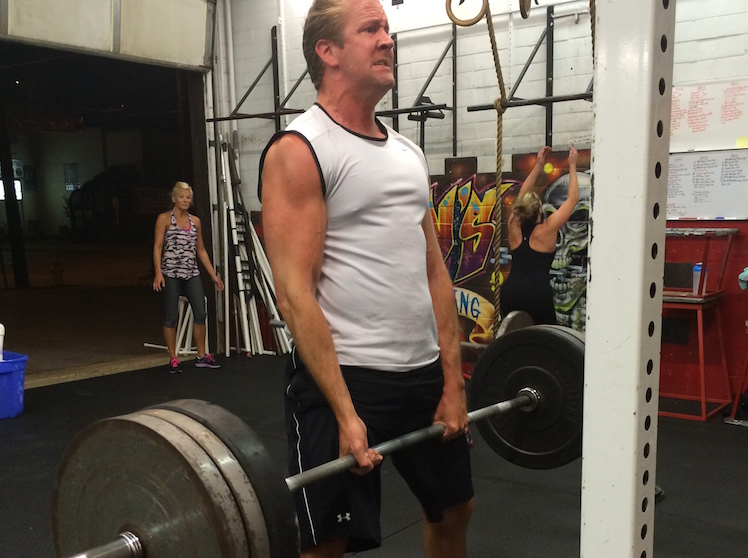 This article is sponsored by our good friends at Daman’s Strength Training. They are Beaver County’s leading experts on strength training. If you are interested in a free assessment or attending one of their popular boot camps, we highly recommend contacting them for more information!

Rick Daman and his coaches at Daman Strength Training are truly changing people’s lives and having a positive impact in our community. Anyone who has ever worked out at DST, whether at their facility in Monaca or at one of Rick’s off-site boot camps, can attest to this.

In order to document this positive impact, we are going to profile one of Rick’s clients – male, female, or student-athlete – every month.

Our goal is to show the readers of Your Beaver County the transformation people are undergoing right here in Beaver County. We want to highlight these ordinary, or some would call extraordinary, people who have had their lives change through hard work and dedication, because after all, they are just like you. 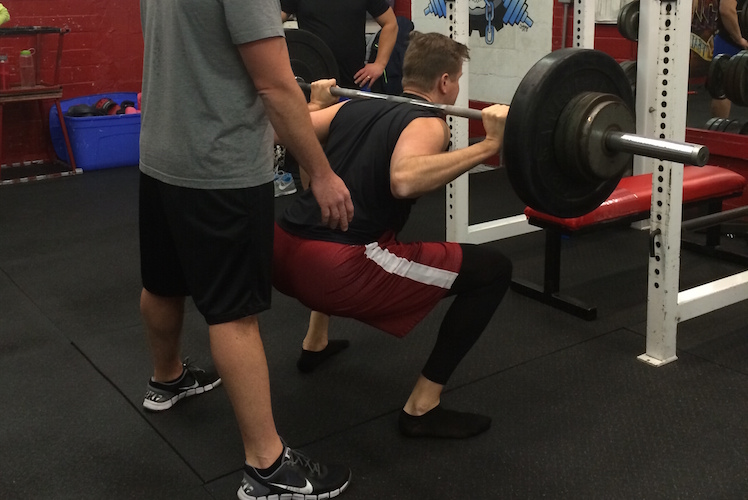 Our first client profile is J.J. Richardson. To give you a brief background on J.J., he’s a 40 year-old attorney who lives in downtown Pittsburgh. He works at the law firm Goehring Rutter & Boehm, located in the city.

J.J. is a former Division I basketball player who used to lace it up for John Carroll University in Cleveland. Richardson underwent a traumatic injury several years ago: he tore his Achilles tendon.

Anyone who knows anything about Achilles tendon injuries knows that tearing the tendon itself is a gruesome injury, and rehabilitation can take months upon months. Richardson’s Achilles tear was one of the worst kinds. It tore all the way through, and he had lost a lot of strength and muscle on the left side of his body.

His balance became poor, and his body was out of alignment. That’s when he sought out Daman Strength Training. 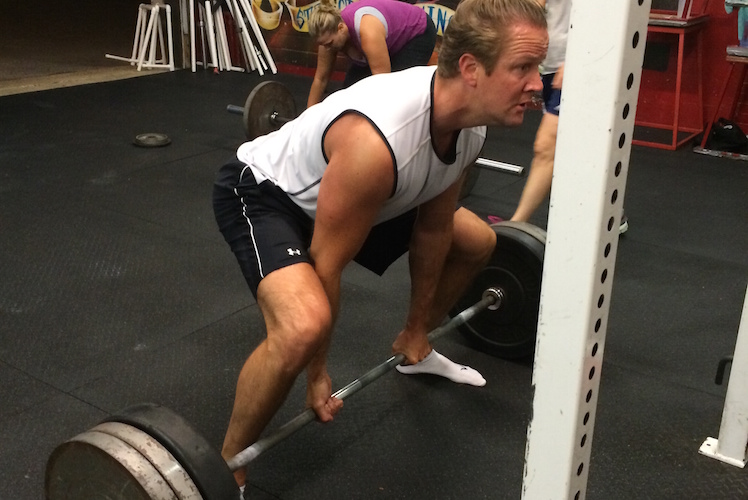 He became acquainted with DST via his good friend, and one of Rick’s coaches, Shawn Moody. In addition to working for DST, Shawn himself is a sports performance coach, concentrating on speed and explosiveness through his company, GameSpeed.

Moody informed Richardson about one of DST’s programs called “X-Athletes,” which is aimed primarily toward men and women who have competed at some point throughout their life, and are looking to get back into game-shape.

When I asked Rick Daman to describe the X-Athlete program, he said:

“This program kicked off our adult program about three years ago. It helped open the door for former athletes, both male and female, to train again. They finally found something that made them feel competitive and gave them something to work toward.”

All it took was one visit for Richardson to get hooked. After three years of training at DST, Richardson is better than ever.

“Rick started me out by helping to restore my balance, proprioception, and strength, and we gradually worked my way back.”

It needs to be noted that J.J. lives adjacent to the Consol Energy Center downtown, and makes the drive to DST three times a week at 5 am before heading back to his law firm in the city.

Are You Ready for a Change?

The question then becomes, what makes a person want to undergo a change?

The fire was burning deep within J.J. Richardson. He had always worked out and trained very hard.

As he got older, he realized he needed to train smarter and with different goals in mind, such as flexibility and longevity. DST gave Richardson a new way to work out, with a new community, new goals, and fresh routines.

This is what separates DST from everyone else.

Richardson’s journey wouldn’t be complete without overcoming challenges. Everyone has to overcome challenges in life, and J.J. had to overcome physical challenges after his injury.

Recovering from surgery was first and foremost, but since then, through his hard work and dedication, he’s made great gains in strength, flexibility, and symmetry since he first started with DST.

Standing at 6’7”, Richardson has always identified flexibility and lower body strength as obstacles he’s had to overcome in performing as an athlete.

“I’m the best I’ve ever been in those areas now and I attribute that to training at DST.”

J.J. and I then discussed how exactly DST is making an impact, not only on him personally, but for other clients as well. He began by telling me that he and Rick have formed a friendship over the years.

This sense of trust gave J.J. the peace of mind knowing he was in good hands while he trained. He’s stronger and more flexible than he ever has been in his life, which he said included competing in athletics in high school and college.

Richardson specifically pointed out the entire crew at DST – coaches and athletes – have impacted him by giving him a new group of health-minded friends, a supportive community to train in, and constant motivation.

“I worked out hard before DST, but you can never push yourself as hard as you can when you’re with your friends and their doing the same thing right next to you.  My lifestyle has gotten healthier, more disciplined, yet more fun.”

Finally, J.J. and I talked about how DST can benefit other people, just like him, whether you’re an ex-athlete or don’t have an ounce of athletic ability. DST can help people from all walks of life.

He pointed out that getting big and bulky is a myth surrounding strength training. But by making a commitment and training at DST, you will become stronger.

Not only that, but you will lose as much fat, if not more, than your typical cardio routine at the gym. That’s the DST way.

“My overall strength and athleticism are better than they’ve ever been in my life.  You can’t stop the clock, but you can fight like hell to slow it down, and that’s what I’ve done.”

Daman Strength Training is using tried and true methods that are working for their clients. Are you ready get on board?

Shoot us your name and number and one of their first-class coaches will contact you directly to set up your FREE ASSESSMENT!