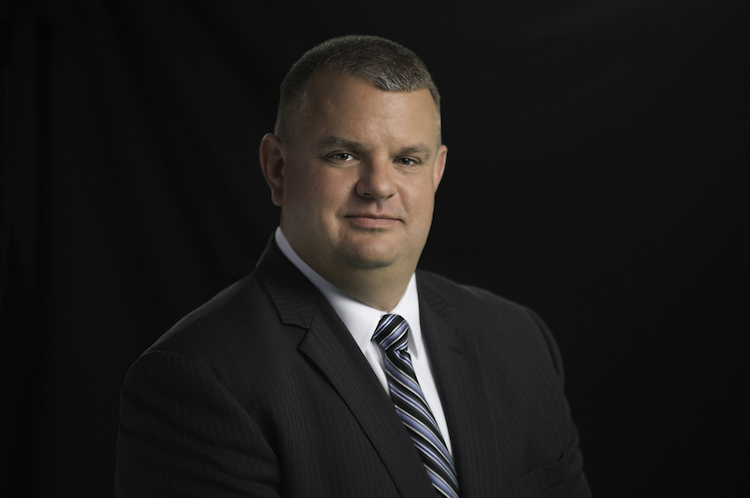 This article is a paid political promotion on behalf of David J. Gabauer’s campaign for Beaver County Coroner. It was paid for by Friends of David J. Gabauer and written by Karen Ferrick-Roman. YBC has no official stance on any of the elections, but we believe that it is in everyone’s best interest to get to know each of the candidates.

Being a business owner, particularly one with a lifelong background in the funeral, cemetery and rescue fields, has poised David Gabauer for the position of Beaver County Coroner, he says.

Working in the cemetery, funeral and sales segments of the death-care industry, Gabauer feels, will help him to meet the needs of grieving families, while providing the documentation required by legal agencies and overall service to the greater community. “Growing up in the industry, it’s given me the ability to deal with families. A lot of the coroner’s job is to deal with the families themselves. I’ve had to handle tragedies, accidents, drug overdoses.”

Gabauer, as owner-operator of five funeral homes in Beaver County, has been responsible for more than 7,000 funerals. Generally he handles the late-night and early-morning calls that never bring good news himself. “I’m not a sleeper,” says the Chippewa Township and lifelong Beaver County resident.

He coordinates scheduling of his five funeral home directors, office manager, maintenance worker and 10 part-time staff members. A big believer in communication, he would carry that practice into public life. “If we get a call, I want a text immediately. I’m very big on communication; you never have too much communication on your team,” he says.

Gabauer has worked essentially weekly with the coroner’s office and his skills include the exacting attention to detail required of a coroner. “If we mess up on a funeral, we can correct it the next time,” Gabauer says. “However, it can never be corrected for this family. That leaves no room for errors.” 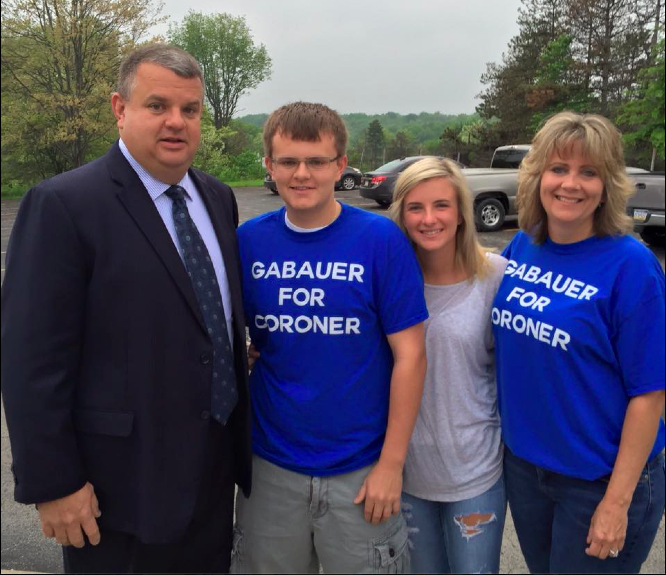 Former Daugherty Township neighbor and lifelong friend Melinda Rombold has seen these skills first-hand, when Gabauer handled her father’s funeral. “He is so passionate about what he does and being in the funeral business as long as he and his family have been, they have always handled a very difficult situation for families in a very compassionate way,” she says. “David is so willing always to do the right thing and be there for families; I would see him doing the exact same thing in the coroner’s office. He’s a very hardworking and loyal person.”

GOP candidate Gabauer’s organizational skills have been tapped by groups such as Blackhawk Lil Cougars’ football, which he coached for seven years and led for four, and Blackhawk Hockey, which he served as treasurer for four years. With wife Lisa, he participated with other local families in getting the Blackhawk Girls Tennis boosters up and running and has been active in church and civic groups. “I’ve always been able to organize and put things into place,” he says.

Knowing Gabauer for nearly 20 years, Ralph Flara of Pulaski Township agrees. “He would make sure all the T’s are crossed and I’s are dotted. …He knows about the body itself and, as far as helping to solve a crime, he has worked with every police department in Beaver County and a couple in Allegheny County, helping them solve crimes just as a mortician.”

Gabauer’s community service also includes more than 15 years as a volunteer firefighter with Daugherty Township, experiencing accident scenes, obtaining certifications and operating rescue equipment. “I’ve been out there waiting for the coroner’s office to come to the scene,” Gabauer says.

Paid for by friends of David J. Gabauer