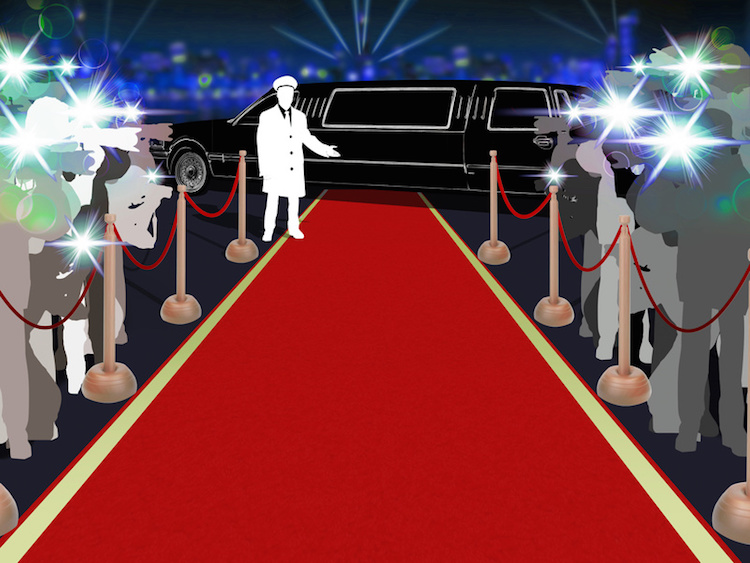 We could be here for weeks if we tried to name all of the successful people that came from the area, so instead I am going to name some of the Beaver County’s most recognized celebrities and you can add your favorites in the comments below!

Xtina is easily one of the most recognizable people to come out of Beaver County. Although she was born in Staten Island, New York, she grew up in Rochester after a move to the County with her mother and sister.

After suffering through a troubling childhood, she found an outlet in music. She won a number of local talent shows and after coming in 2nd place on the TV show Star Search, she moved to LA to pursue a singing career. She starred on the Mickey Mouse Club and shortly after had a musical career of her own.

Besides selling millions of CDs, her powerhouse voice has earned her numerous awards as a musician, and most notable, five Grammy’s.  Currently, she is a host on the hit TV show, The Voice.

Henry Mancini was a musical composer, best known for his film and television scores. He grew up in West Aliquippa, where he played the flute in the Aliquippa “Sons of Italy” Italian Immigrant Band.

He graduated from Aliquippa High School in 1942 and then attended the highly respected Juilliard School of Music in New York.

Joe Letteri is a visual effects artist and also a 1975 graduate Center High School. He is responsible for all of the visual effects in some crazy successful movies like The Lord of the Rings, The Hobbit, Planet of the Apes, and the most insane of them all, AVATAR. He has won four Academy Awards for his work.

I actually had the opportunity to listen to Joe Letteri speak when he was in Beaver County during Christmas time. I attended a presentation he gave to a group of high school students on the movies where he produced the visual effects. He also talked about his journey to where he is today and all the hard work that got him there.

Maybe it’s because I’m super into the hype of Hollywood, but when I saw a grocery store parking lot turn into the depths of the African jungle and a real live human (Andy Serkis to be exact) turn into Gollum (that Lord of the Rings character) due to Joe Letteri’s visual effects, I was BLOWN. AWAY.

He played for the University of Alabama in college, and was drafted to the Jets in 1965, where he earned the title of Rookie of the Year. While with the Jets, he led the team to a huge victory in Super Bowl III and earned the AFL legitimacy.

He was also elected the MVP, and became a household name. He retired in 1977 as a Los Angles Ram and was elected to the Hall of Fame in 1985.

Following his football career, Joe Namath went on to star in commercials and even guest starred in an episode of the Brady Bunch.

Originally from Cargenie, Mike Ditka AKA “Da Coach” is a professional football player, coach, and TV commentator who grew up in Aliquippa.

Ditka went to the University of Pittsburgh where he was a three-sport athlete, earning letters in football, basketball, and baseball. He was drafted to the Chicago Bears in 1961 and while with the team, won Rookie of the Year and made five Pro Bowl appearances. He was traded to the Eagles and then to the Cowboys, where he earned a ring in Super Bowl VI.

After retiring, Ditka became an assistant coach for the Cowboys making him the only person to ever win a championship with the same team as a player and as a coach. He then became head coach of the Chicago Bears where he won Super Bowl XX and twice earned himself the Coach of the Year award.

Anthony “Tony” Dorsett was a professional football player who was born in Rochester, but grew up in Aliquippa.

He graduated from Hopewell high school and chose the University of Pittsburgh for his college career. During his time there, he helped the team win a National Title in 1976. Dorsett also won the Heisman Trophy, the Maxwell Award, and the Walter Camp Award for Player of the Year.

He is considered one of the greatest running backs in college history, as he was ranked #7 on ESPN’s Top 25 College Players list. He then became a first round draft choice in 1977 for the Dallas Cowboys and that same year won the Super Bowl and the Offensive Rookie of the Year award.

He became the first player in history to win a college championship one year followed by a Super Bowl the very next. In 1994, he was inducted into both the College and Pro Football Hall of Fame.

Jesse Steinfeld was the 11th Surgeon General of the United States from 1969 to 1973. He grew up in West Aliquippa, and rode the bus to school every day with Henry Mancini.

After graduating from Aliquippa High School at the age of 16, he went to the University of Pittsburgh where he got his BS and Western Reserve University for his MD. After college, he lived in Los Angeles, California. He did his residency at Cedars-Sinai Medical Center (yes, the one where all the celebrities have their babies), but it was interrupted so he could serve as a physician during the Korean War.

Steinfeld is largely responsible for the anti-smoking movement. He was such a leader at the start of the social change that he is credited for the start of the ban of smoking in all public places and the ban of tobacco advertisements on TV and radio.

He is also the creator of the warning label on cigarette packs.

After resigning from the Surgeon General position, he spent years working at the Mayo Clinic and at various colleges and universities.