The Buzz Bombs at Night 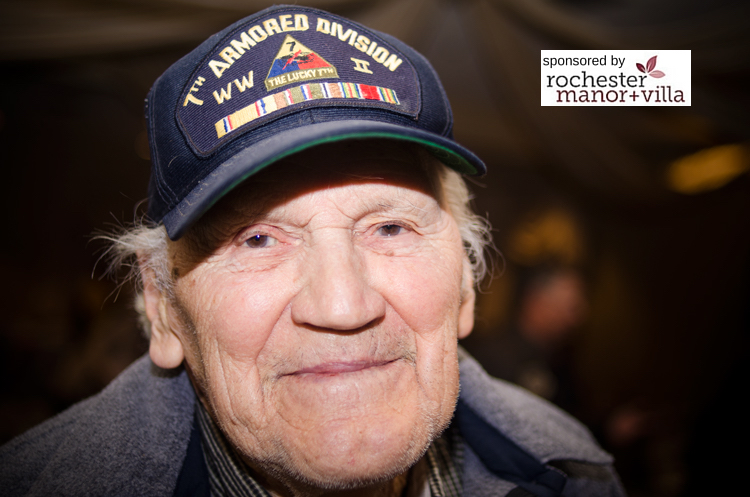 “At night we could hear [the German buzz bombs]. I’d be laying on my dynamite. I hauled dynamite; we built the first bridge over the Rhine river in Germany and

my mission was to bring that dynamite there to put on that bridge to blow it up if we had to retreat. These buzz bombs at night — I’d be laying there, and my truck was loaded with dynamite, no mattress, no pillow, no overcoat. I’d hear them at a distance coming — boom boom boom boom boom. It was something to see, that flame shoot up. These buzz bombs were dangerous, the flame would shoot up 300 feet, and the American pilots would fly low, sometimes 400-500 feet, so they were really brave. You could hear those bombs a long way coming. I never got to shoot my rifle at them.”

[Bob Zelenak is a WWII veteran who shared his story at a recent Veterans Breakfast Club event in Beaver. VBC works in partnership with Veteran Voices of Pittsburgh Oral History Initiative to capture, preserve, and share veterans’ stories for future generations, and raise public awareness about the veteran experience].

Erin Ninehouser
Erin Ninehouser loves photography for its ability to reveal truths and insights that are often too difficult to capture with words. She believes, as Garrison Keillor says through his troubled yet triumphant character Barbara in Pontoon, that “the only sermon that counts is the one formed by our actions.” A native of New Castle, Erin has made her home in Ambridge where she lives happily with her wonderful husband Dave, their three adorable and hilarious cats, and their “old gentleman” dog, Max. Erin is excited to help tell the stories of the people of Beaver County. You can see more of her work on Facebook and connect on Instagram or Twitter.
 Share this article:  Facebook  Twitter
Are You Satisfied With Your Cell Phone Company's Customer Service? January 19, 2016 By Abby Baker
0
Comments
Benjamin C. Chaffin, Ohioville January 18, 2016 By In Memory
0
Comments