This article is brought to you by our friends at Beaver County Auto. Click here to visit them on Facebook.

One of the many nicknames for Pittsburgh is the “City of Bridges.” This makes sense, due to the fact that downtown sits at the confluence of three rivers, which nearly 30 bridges cross.

Pittsburgh isn’t the only place for bridges. A short ride down the Ohio River will have you seeing a number of these steel wonders connecting two riverbanks. Thanks to Google Maps, I was able to count 16 bridges that cross the Ohio and Beaver rivers in our county.

But let’s start in Rochester, where five bridges connect the township to Beaver, Bridgewater and Monaca.

Probably the most famous in the county, this bridge changed names each year from 1987 – 2009, depending on the winner of the annual football game between the Rochester Rams and Monaca Indians. When Monaca High School merged with Center forming Central Valley, the annual tradition came to an end and the bridge became known as the “Monaca-Rochester Bridge” if you are on the Monaca side; or the “Rochester-Monaca Bridge” if you are driving from Rochester.

Interesting fact: The police departments in both towns respond to incidents on the bridge; the border for Monaca/Rochester is in the middle of the bridge.

Another interesting fact: This bridge is the third to occupy this site. A suspension bridge was originally built in 1896, replaced in 1930, and the current bridge opened in 1986. 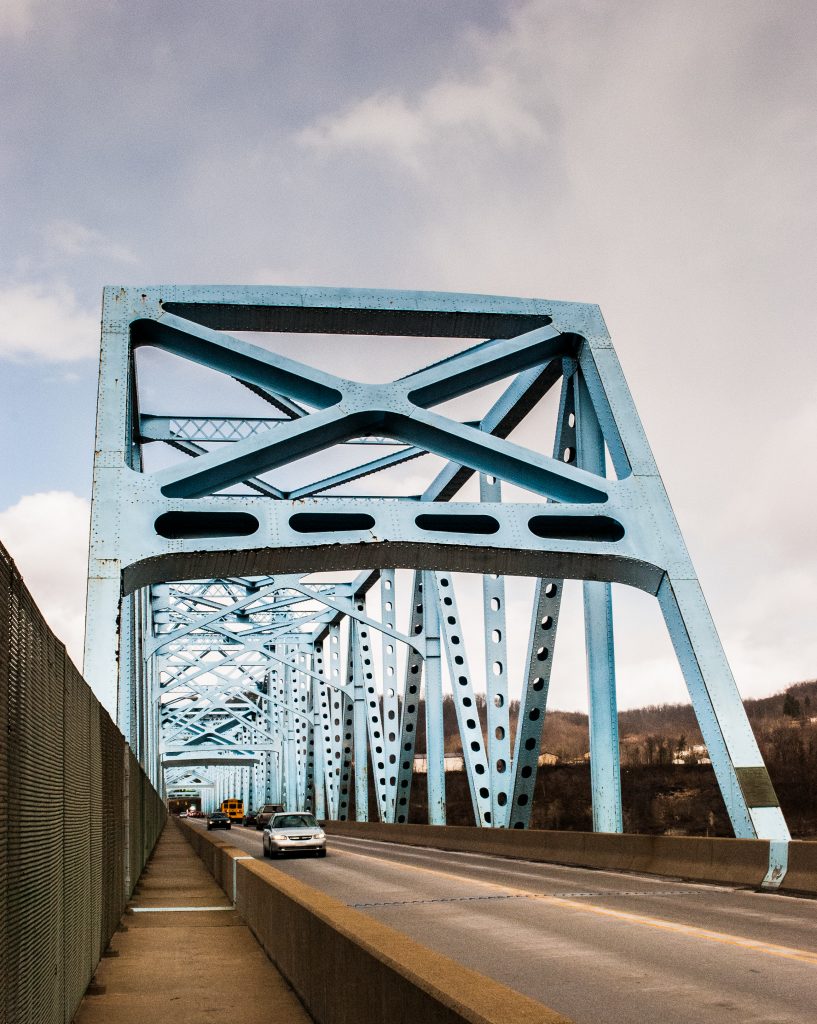 Finished in 1959, this bridge was originally built to operate as a toll bridge and did so until 1973.

Greg Hughes, of Aliquippa, remembers having to pay the toll as a young child riding in the backseat of his parents’ car. And while he can’t recall why the toll was abolished or even how much it was, he does remember the man who collected the tolls on the Monaca side of the river. “Every time you handed him your money, he always replied, ‘God bless you.’ Such a nice guy.” 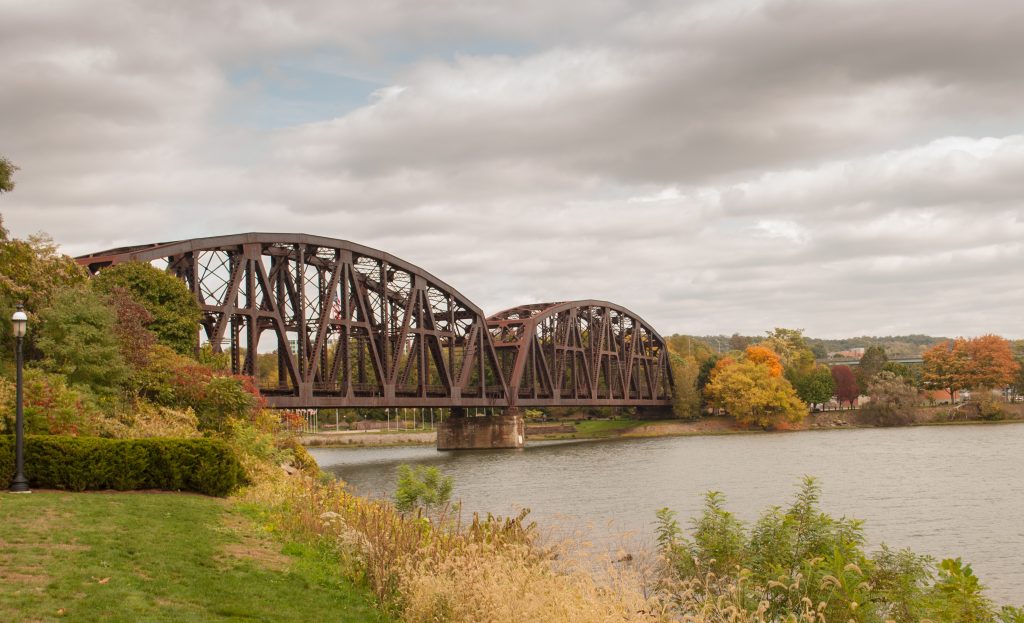 Originally constructed with two tracks, this bridge currently carries one track of the Cleveland Line (Cleveland to Rochester) of the Norfolk Southern Railway, connecting Beaver and Rochester at the confluence of the Ohio and Beaver rivers. 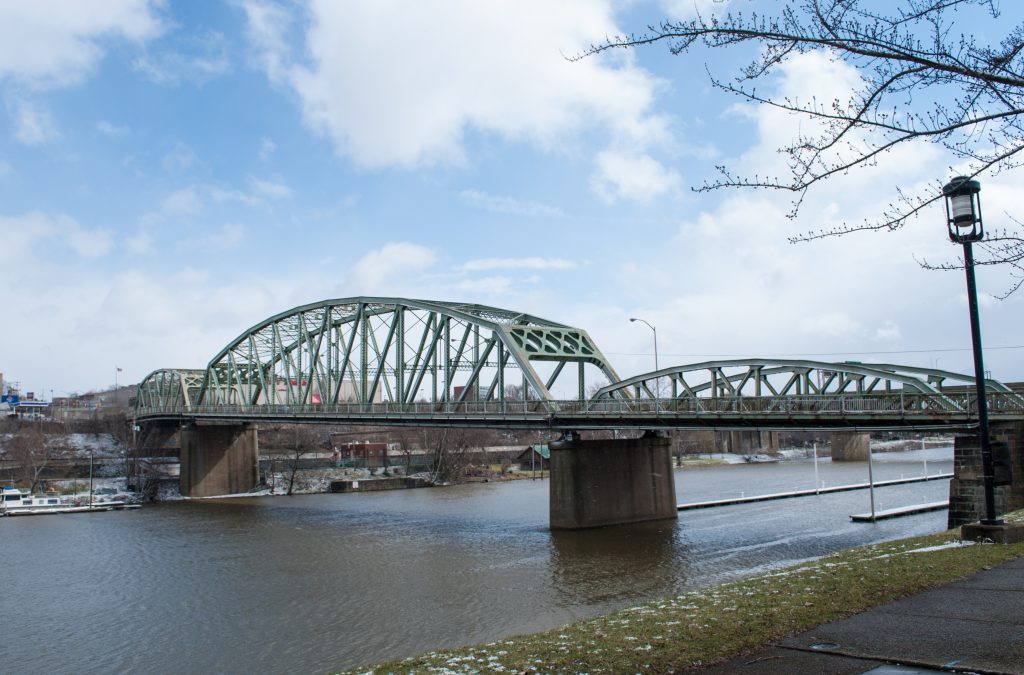 Built in 1933, local urban legend claims this bridge was designed to look like a beaver. The three trusses of the bridge represent the head, body and tail, with the beaver facing Rochester. 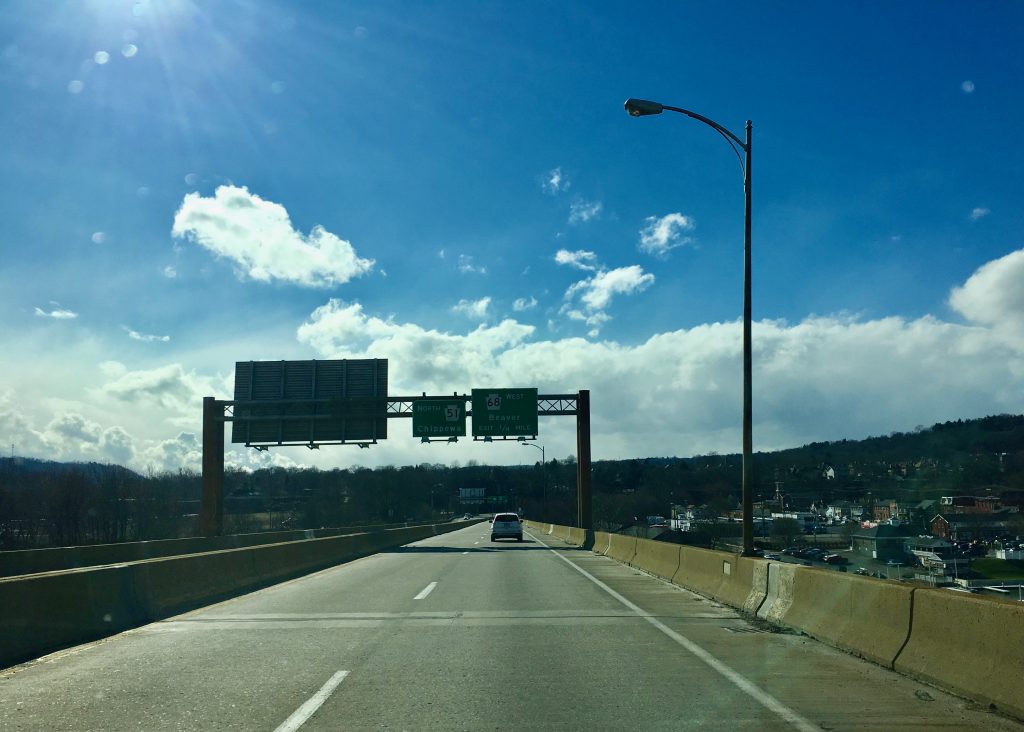 This four-lane bridge connecting Rochester to the towns of Beaver, Bridgewater and beyond was built in 1963 and boasts (in my opinion) the best scenery of any bridge in the area – the 30 x 60 American flag that soars a-top a 120-foot pole. (Makes up for all the construction!)