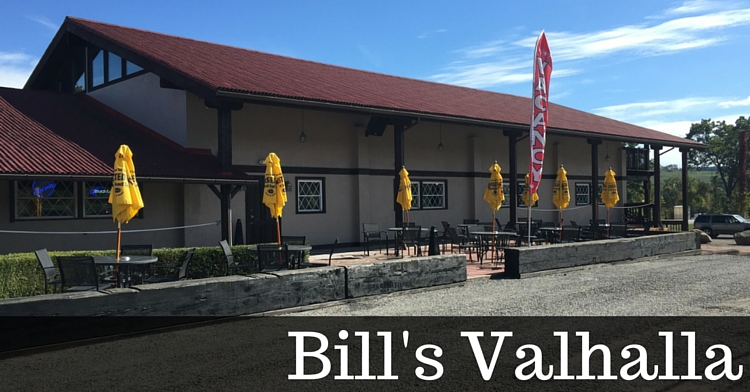 If you follow Route 18 all the way through Beaver Falls, past Geneva, and out towards the turnpike, you will find a part of Beaver County that we don’t really cover that much. Aside from an occasional visit to Buttermilk Falls, I don’t really head out that way very often.

But when I heard Debbie from my networking group talking about her son opening a new restaurant out that way, I finally had a reason to venture out past the turnpike.

Bill’s Valhalla is the new place that is occupying the old Alpine Inn. If you asked me a few months ago what the Alpine Inn was, I’d have had no clue…but if you are heading out that way on 18, it’s the place on the right that looks like a ski lodge.

Apparently, the building was not in very good shape when Bill Kuhn took over. But that has all changed now. It has a really cool lodge feel to it and it looks great!

A Place for Veterans

On my first trip out to Bill’s, I actually had the chance to sit and talk to Bill himself. During our conversation, he explained to me that he was a veteran looking to do right by other veterans.

That’s why he was focusing his efforts on a place that could be instrumental in running charity events and fundraisers specifically for veterans. You see, there is a greater vision for Bill’s Valhalla.

Bill believes that he is creating a place that will be the focal point for poker runs and all kinds of different fundraisers and events to raise money for local veterans. 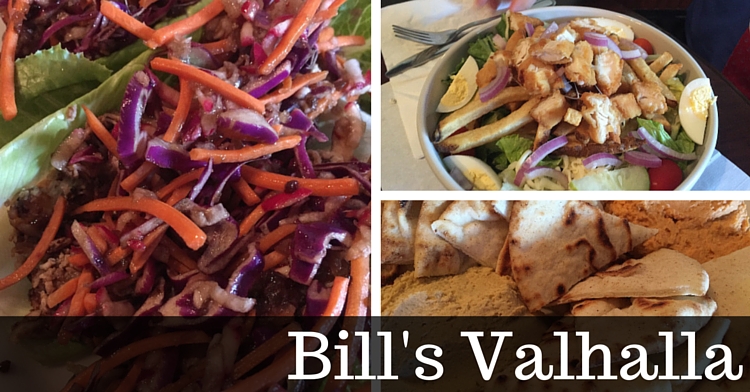 Of course, this wouldn’t be a YBC story if the food wasn’t good…and you have absolutely nothing to worry about there. Because the food is fantastic.

On my first trip, I was having one of those silly diet moments…so I ordered the hummus plate and the lettuce wraps. Both were absolutely fantastic, but you and I both know that I was still thinking about the burger section of the menu.

So I went back a week later and tried the Valhalla Burger, which is actually stuffed with jalapeños and served with a side of extra thick fresh-cut fries. Yum! 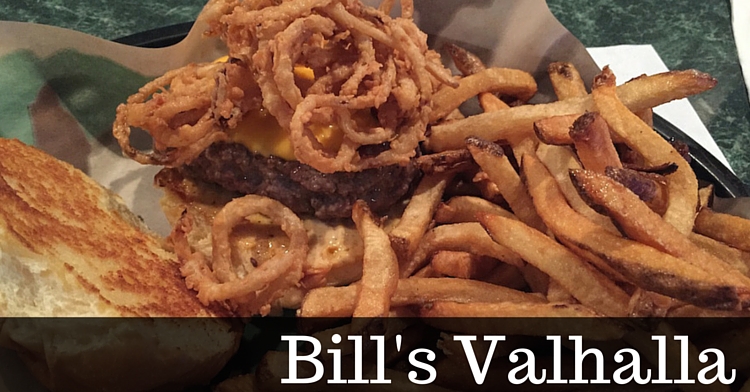 In the long run, Bill sees his new business as a gathering place for people from all over. He is looking forward to all kinds of special events, concerts, and fundraisers.

If you are looking for a unique place to hold a private party or wedding, this could be a very cool option that is definitely packed with character!

Bill also has plans to stock the bar with a bunch of different types of social games to keep the atmosphere light, fun, and spontaneous.

As I sat down to write this, I took a second to google the term “valhalla” to see if I could better understand Bill’s motivation.

It turns out that Valhalla is a term from Norse mythology that describes a place where those who die in combat end up. For a large hall dedicated to our own combat veterans, I don’t think Bill could have possibly chosen a better name!

Andrew Selby
Andrew is a professional freelance writer and lifelong resident of Beaver County. He created Your Beaver County to promote and showcase all of the positive aspects of our incredible local culture! You can find more of Andrew’s professional information at Brooklyn Content, or you can also follow him on his personal twitter account, @theAndrewSelby.
 Share this article:  Facebook  Twitter
Rose J. Parrish, Aliquippa November 16, 2015 By In Memory
0
Comments
He Describes Every Mission He'd Flown November 16, 2015 By Erin Ninehouser
0
Comments