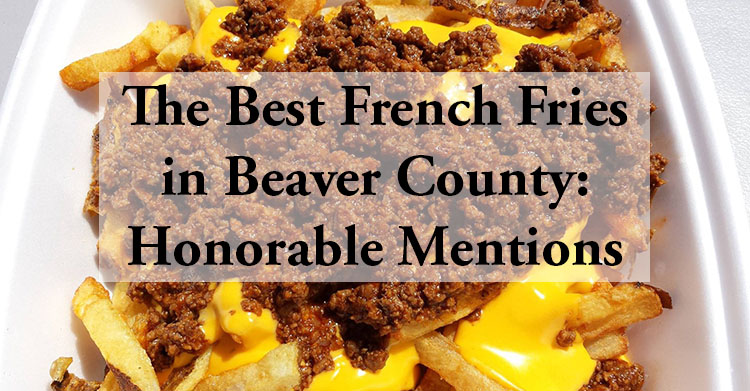 This has been a really fun week.

Lots of votes for the Best French Fries in Beaver County. 269 of them to be exact.

Here is how I calculated the votes….

If a restaurant was listed more than once on the same ballot (stuffing the ballot box), then I only counted the highest place awarded and ignored the rest.

My plan is to work through the top ten list one restaurant at a time. But for this week, I thought we could take a look at some of the French fries that just barely missed the cut. 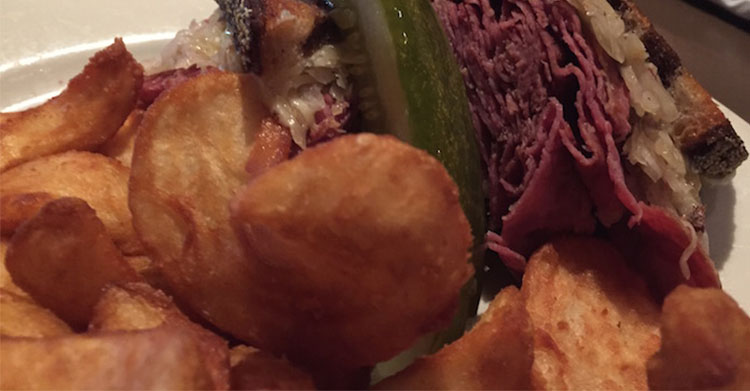 I think Heirloom probably suffered a bit because they are still the new guy in town, but they were also the beneficiaries of the fact that tons of YBC readers are really big fans.

What Heirloom brings to the table is a unique take on the French fry that represents thick spiral cut beer battered deliciousness.

If you want the full experience here, you will definitely want to check out their Loaded Taters, which are fries topped with Cheddar cheese, ranch, bacon, and scallions. 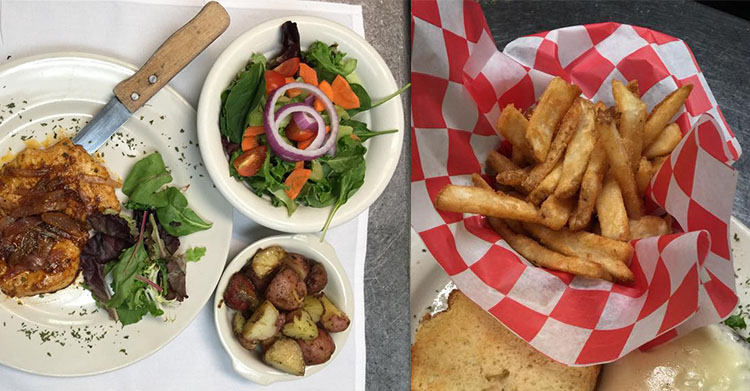 Having both French fries and red skinned potatoes on their menu was definitely a boost for Tinitique.

I intentionally left which type of spud you were voting for open to interpretation just to allow for each voter to make up their own mind about what did and did not qualify for a Beaver County French fry.

Before the votes started rolling in, Tinitique was definitely on the back end of my own personal top ten list. 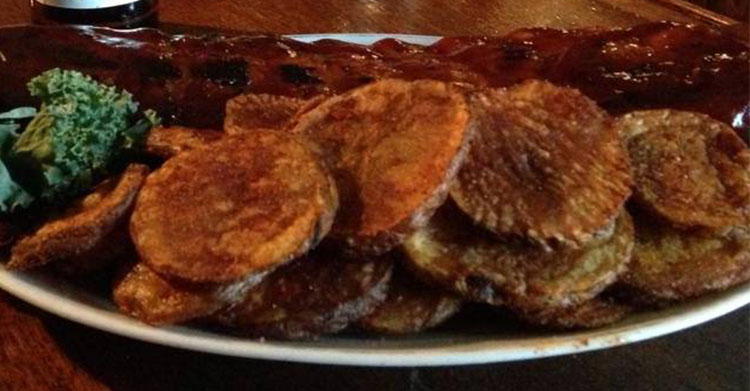 Another place that was in my personal top ten despite not being a “true fry” is Harold’s Inn in Hopewell. Their taters with mountain seasoning are unreal.

I think the only reason that Harold’s didn’t make the top ten is that they were ignored on the ballots of many of the French fry purists.

Not me. I think they’re great. 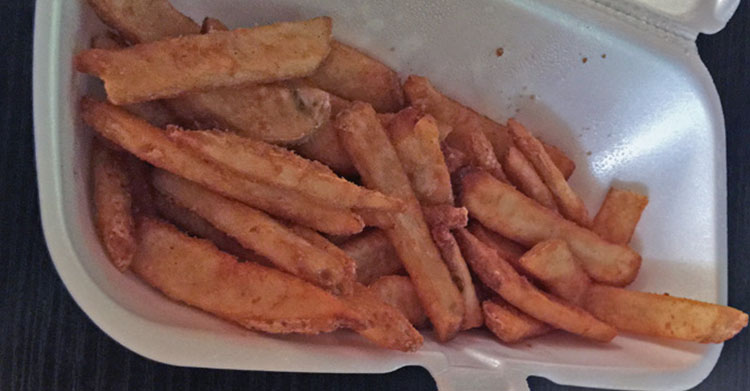 Philly O’s is another place that didn’t get as much love as I would have expected.

Brian raved about their fries in his article on them, but I think he left out the most important part….their cheese sauce.

Philly uses a nachos-style cheese sauce that has a pretty solid kick to it. Definitely the perfect compliment to a Regular Philly Steak Sandwich. 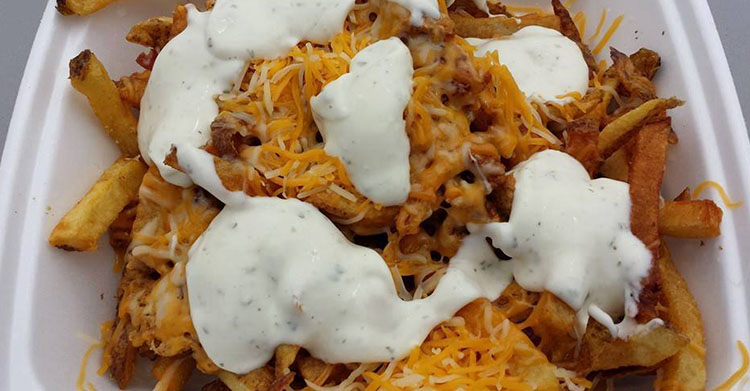 I’ve been going to Hank’s for a Taco Value Meal – Hard Tacos – El Scorcho – Root Beer for pretty much as long as I can remember.

It has never occurred to me to order fries there…until the votes started rolling in and I heard about these Mexicali Fries. Wow. Brilliant.

Scroll up and take another look at the title picture. Definitely worthy of consideration for this list.

Just outside the top 15 were Thursday’s, Kelly’s, and P-Dubs. I also thought PJ’s BBQ and Soup-Herb Sproutz were underrepresented on this list.

Some other interesting vote getters included 6 votes for Wendy’s and 5 votes for McDonald’s. (Again…open for interpretation.)

Stay tuned for next Friday’s article where we start revealing the Top Ten Best French Fries in Beaver County!

Andrew Selby
Andrew is a professional freelance writer and lifelong resident of Beaver County. He created Your Beaver County to promote and showcase all of the positive aspects of our incredible local culture! You can find more of Andrew’s professional information at Brooklyn Content, or you can also follow him on his personal twitter account, @theAndrewSelby.
 Share this article:  Facebook  Twitter
C. Glenn Russell, Freedom July 10, 2015 By In Memory
0
Comments
Part of My Family July 10, 2015 By Jennifer Schropp
0
Comments