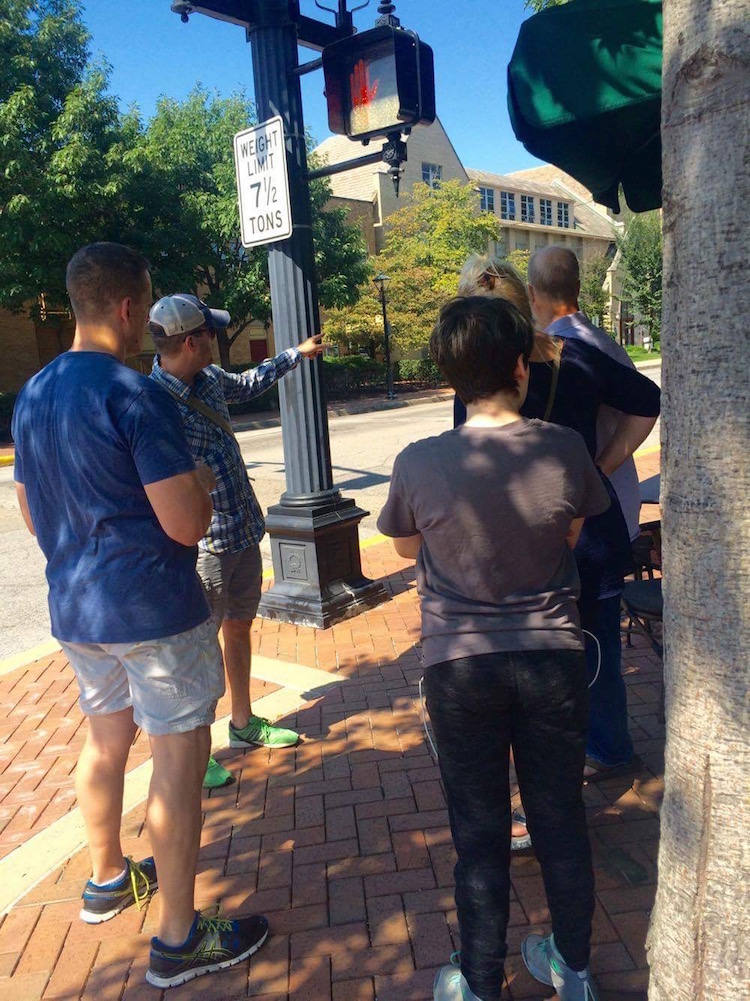 Valentine Brkich makes his living as a freelance writer (valthewriter.com). But if he had his way, his official job title would be Beaver Ambassador.

“There’s a lot of people who love this little town and this county in general,” says Val. “And for good reason. There’s really no place like it.”

A lifelong resident of the Beaver area, Val is now channeling his passion for his hometown through Beaver Walking Tours—an independent tour company offering both walking and biking tours of the historic borough.

“I love showing people around my town,” he says, “so I figured…why not make it official?”

Years ago Val began giving walking tours of the town through Venture Outdoors, a Pittsburgh-based organization that tries to get people off of their couches and out into the region’s vast countryside. He says large groups of people would sign up for the Saturday walking tours, even in the dead of winter.

“One time in January it must have been around 30 degrees or so, but we still had around 25 people sign up for the tour. That’s when I first realized there was a demand.”

This past summer, Val and his family did a driving tour of the Southeast and made stops in Savannah and Charleston, both of which offer daily tours of their respective cities.

“Savannah really reminded me a lot of Beaver, with its public squares, tree-lined streets, and rich history. I thought if they could do it, so could we.”

And that’s how he came up with the idea for Beaver Walking Tours, which offers both walking and biking (BYO-Bike) of Beaver Borough to residents and visitors alike. The tours, which can last anywhere from one to two hours, highlight not only the town’s many historical sites but also its diverse architecture and bustling downtown district.

“I’m a history buff,” says Val, who serves as historian for the Beaver Area Heritage Foundation, “so I really enjoy talking about Beaver’s rich heritage. But I also like to show people all the other wonderful things about our town, including the homes, the trees, the stores and restaurants, and, last but not least, its people.”

Val says another reason he started the company was because of the influx of workers who will be migrating to the area in the coming months to help build Shell’s new “cracker” facility, just across the river from Beaver in Potter Township.

“I know a lot of the workers will be bringing their families here to Beaver, and I want to help them feel welcome. I also want them to see the level of pride we have in our town and in our county, so that hopefully they’ll have the same respect for it as we do.”

In addition to offering tours of Beaver, Val says he will also be offering tours of neighboring Bridgewater, as well as the Beaver Cemetery. In the future he says he’d like to expand tours to other boroughs within the county.

For more information on Beaver Tours, visit Val’s website or fill out the form below.