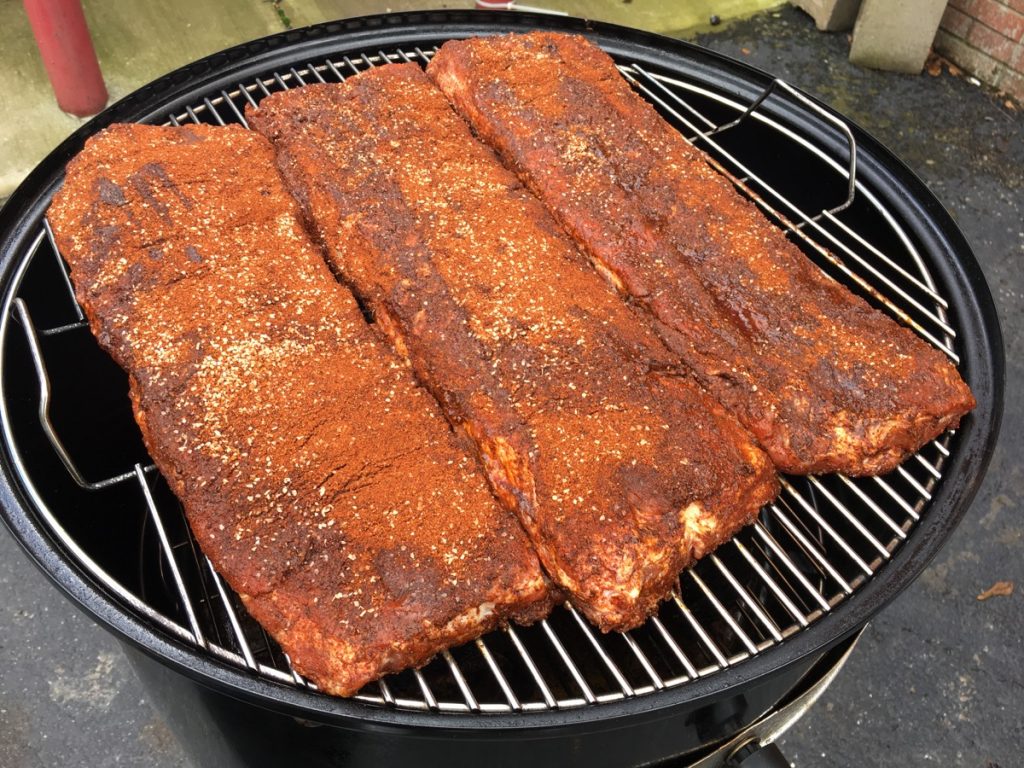 While I was hanging out behind the bar at work last Friday night, I overheard a couple of guys talking about their smokers. In a normal public setting, I would just let this comment pass right on by…but when you are sitting at my bar and talking about something I am passionate about, I’m always going to jump right in and pick your brain.

As it turns out, the guy talking about smokers was Jeff from Rochester Smokehouse over in Rochester. Marc’s been raving about his food for years, but this was the first time I ever actually met Jeff.

What followed next was a ridiculously interesting conversation where I picked up at least a half dozen great tips that I am going to put to work in my own smoke projects. Much like his food, Jeff lives up to the hype.

So as I was waiting for my ribs to cook yesterday, I started thinking about the people I have met and heard about all over Beaver County that have a passion for smoking meat. If you’ve ever found yourself excited about the idea of spending an entire day sitting out in sun next to your pit, these are your people.

So with that, let’s take a quick drive around Beaver County and see who our resident experts on smoke are… 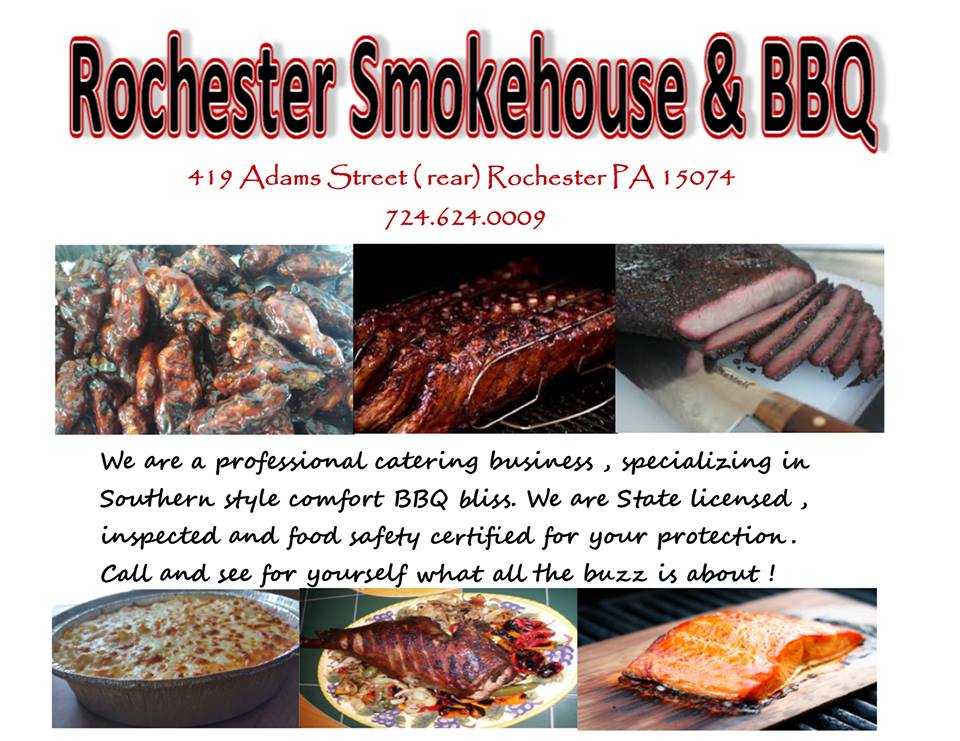 Located next to Subway on Adams Street in Rochester, Rochester Smokehouse is a fully licensed catering operation that Jeff has been running for about a year now. But he’s clearly been cooking barbecue for a lot longer than that.

Over that year, Rochester Smokehouse has amassed nearly 4,000 Facebook likes with HUNDREDS of five star reviews. You should make a point to bookmark this Facebook page and check it often so that you don’t miss out on their next dinner special!

As I already said, I learned a wealth of smoking information in just a short time talking with Jeff. 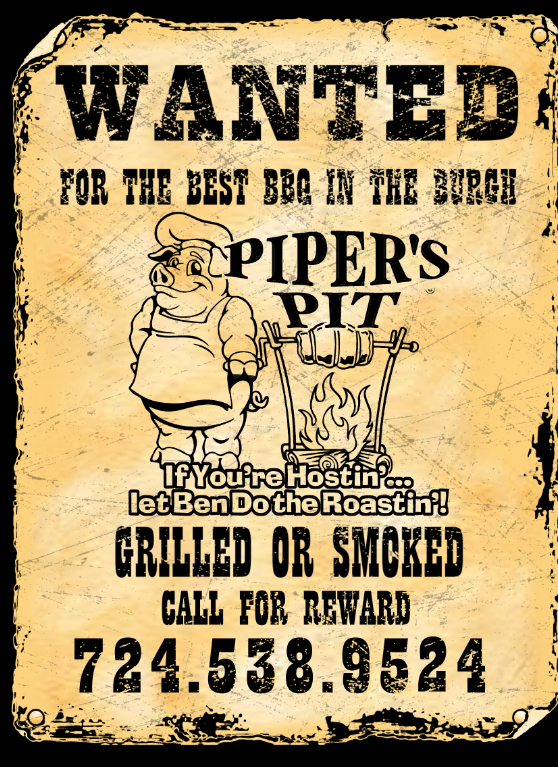 I thoroughly enjoyed all of the great specials at the Piper’s Pit BBQ Shack over this past summer, and the fact that they are closed up for the year doesn’t mean that these guys are done working. They’re still taking tons of catering orders every single weekend, so don’t hesitate to give Ben a call and see if he can’t help you out on your next big party.

I love the Ben Piper’s barbecue food, but the two things that have really stuck with me since trying them for the first time are his mac and cheese with the Cheez-It crust and his ranch tortellini salad. Both are amazing.

Ben has also given me a ton of advice on what types of products to start with in making food that stacks up to the competition. 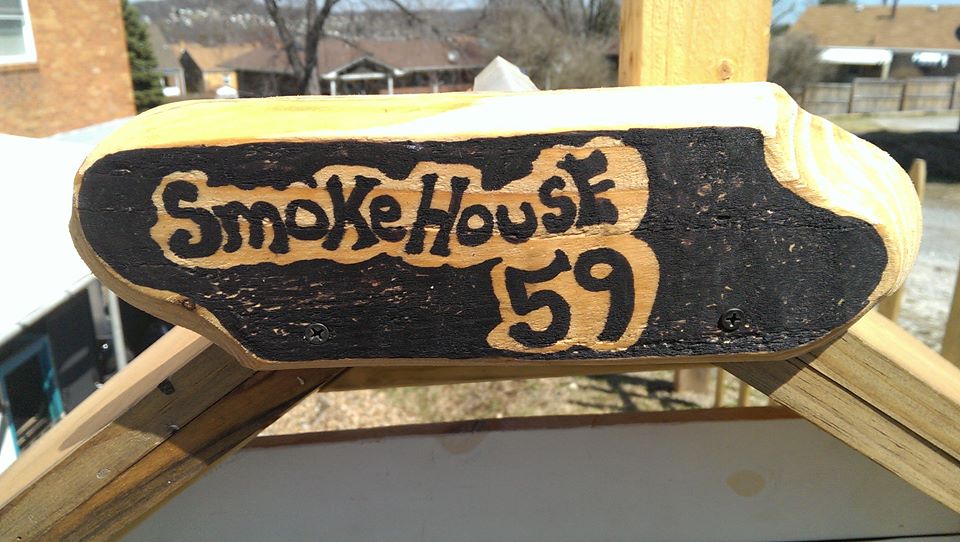 Smokehouse 59 on Brodhead Road in Aliquippa heading out towards Hopewell is the one Beaver County smoker that I don’t know much about.

Joe Frioni is the man behind this project, which is only open on Wednesday afternoons. From what I have heard, he makes some of the most amazing bacon you have ever tried. 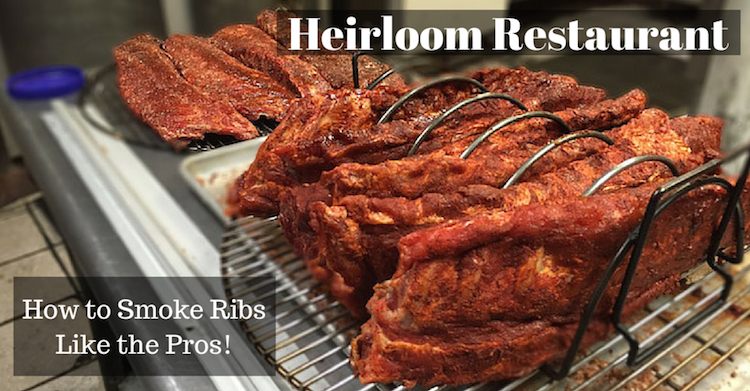 I couldn’t put together an article about smokers without including the guy who convinced me that I could get my own smoker and give this stuff a shot. And after watching Marc’s video with Chef Rich from Heirloom Restaurant in Beaver, that is exactly what I did.

The menu at Heirloom contains lots of house-smoked items like those delicious ribs, and Rich’s homemade pancetta.

As if all of this isn’t enough smokey goodness for you, Marc recently checked out a place in Industry called Jeanette’s Kitchen that has some great smoked food. And then there is always my old standby…the place that got me hooked on ribs in the first place: PJ’s BBQ in Center Township. I also don’t want to forget about the bacon and jerky from Smith’s Meats either!

The great thing about each and every one of these places is that the people who are doing the smoking all love talking about smoking. You can get any of them to spend hours chatting about different types of woods and the best temperatures to cook at.

As for me, I’m getting better and better with each and every smoking session. The next time you headed into Bowser’s for a Sneedwich and you smell the smoker going out back, ask for me and I’d be happy to chat with you about what I’m making, what kind of wood I’m using, and what temperature I’m cooking at. I guess I’m one of them now.

Andrew Selby
Andrew is a professional freelance writer and lifelong resident of Beaver County. He created Your Beaver County to promote and showcase all of the positive aspects of our incredible local culture! You can find more of Andrew’s professional information at Brooklyn Content, or you can also follow him on his personal twitter account, @theAndrewSelby.
 Share this article:  Facebook  Twitter
My Grandfather Taught Me October 5, 2016 By Erin Ninehouser
0
Comments
Excited About How Ambridge is Changing October 4, 2016 By Erin Ninehouser
0
Comments