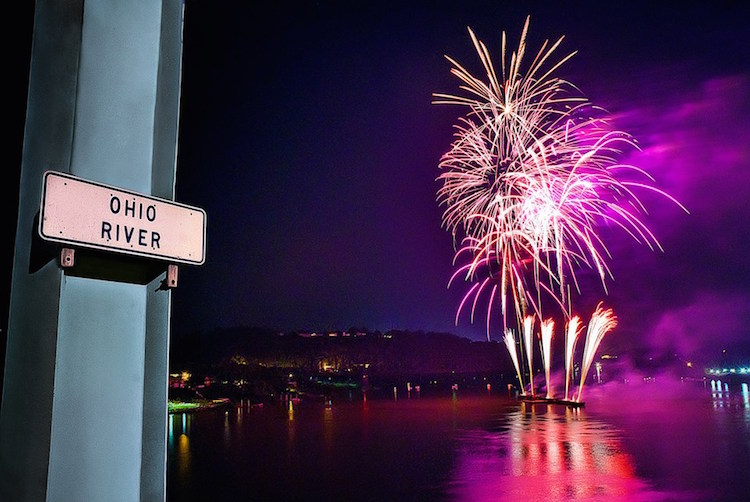 This article was writtent o cover Beaver County BOOM! in 2015. For more information on this year’s event, check out Marc’s article on the 2016 edition!

This isn’t just any event; it’s our biggest show of the year. It’s for our hometown, so I personally take it very seriously. We are going to give the people of Beaver County a world-class fireworks display unlike anything they’ve ever seen.” -Dr. George Zambelli Jr.

Bring the kids, bring the dogs, bring a few blankets, and make sure that you don’t miss the 5th annual Beaver County BOOM this Saturday, June 27th! This is THE event of the summer, and the biggest pyrotechnic display that you’ll see in our region. The show will begin at 9:45 pm.

The event itself is put on by PUSH (People United in Shaping and Helping) Beaver County, a non-profit organization that organizes and manages philanthropic and community events to enrich the lives of those who live in Beaver County. And it features none other than our very own Zambelli Fireworks.

This night is special for them because it’s an opportunity to get the entire community together. It isn’t just Ambridge, or Rochester, or Beaver Falls, etc. It’s all of Beaver County coming together to celebrate our sense of community and love of fireworks… and America!

This year’s event is being held in honor of the late Donn Wuycik, who was one of the original pioneers in developing this legendary community event.

Zambelli Fireworks has been a household name for over a century. Originally founded in Naples, Italy, they immigrated the family AND the business right into the heart of New Castle!

They have been lighting up our summer nights for years, not only here in Beaver County, but all over the world! They’re even in the Guinness Book of World Records for shooting fireworks from the highest altitude, right on top of the U.S. Steel Tower in downtown Pittsburgh.

I had the honor of speaking with the chairman, Dr. George Zambelli Jr., this week and he has a passion for what he does that is without equal. He called it a “labor of love” and the fact that it is and always has been a family business is something that gives him great pride.

When we put on a show, I never look at the fireworks. I look at the spectators. I look at the faces of the children and I listen to the ‘Ooooh’s, and aaaaah’s’. I see their smiles, their fascination, their wonderment, and their genuine happiness. That’s what this job is all about.”

Listening to him reminisce about setting off displays at the White House two weeks before JFK was assassinated literally gave me chills. His stories of traveling the country doing shows with his father growing up show just what kind of business they run. One of family, integrity and a pure love of what they do.

Sometimes I feel like Dr. Jekyll and Mr. Hyde. I’m a doctor by day, and a fireworker by night. It’s nice though because my days can be so stressful, and then I get to go home and light the sky on fire.”

He has also passed his passion for hard work on to his children, who have followed in his footsteps. His daughter is a doctor, and his son is a 4th generation pyromaniac! 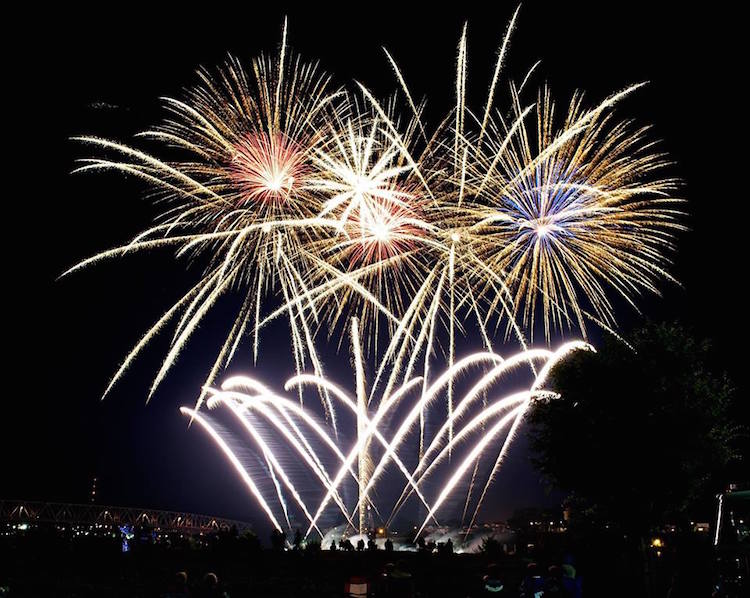 Beginnings of The Beaver County BOOM

When a down economy caused many municipalities to stop scheduling firework celebrations, PUSH organized a committee in 2011 and were able to organize a bigger show for all of Beaver County to enjoy and celebrate together. It not only brings a sense of community, but also creates a real economic impact for our entire region.

As mentioned above, the late Donn Wuycik, PUSH members, and the Zambellis were the huge parts of getting this amazing display up and running. George Jr. said, “This year we are doing the display for Donn. I know that both he and my Dad are still watching and enjoying the show.”

Mark Kopsak, Nate Kopsak and John Mehalik are among the current board members of PUSH who make this giant community event possible every year. While they spend all year working on various fundraising activities and scholarship opportunities for county residents, this is obviously one of their favorite projects.

This year for the 5th anniversary, it’s going to be bigger than ever! Instead of two barges at the point, it’s going to be THREE barges shooting off fireworks where the two rivers meet. Bigger, better, brighter.

It’s also going to be choreographed to country music with a little bit of a rock edge, and an impressive set list showcasing all different types of firework themes and the likes of Alabama, Brad Paisley, Miranda Lambert, Brooks & Dunn, etc. A few exclusive leaks that you can look forward to are: “Only in America,” “Leave the Night on,” “I’m in a Hurry,” and “American Saturday Night.”

I also had a chance to speak with Mark Kopsak and got an insider scoop on the activities to check out and where to get the best view of the show.

Rochester Flag Park is always a popular choice with a great view, but you also can’t go wrong with the Monaca Riverfront Park, or the Bridgewater Park on Mullberry.”

Food vendors and bands will be packed down Atlantic Avenue in Monaca for their 175th Anniversary celebration, so be sure sure to check that out! There will also be a party at Thursday’s in Bridgewater beginning at 6PM. Tickets will include food, refreshments, entertainment, giveaways, private parking, and an exclusive vantage point for the show.

Whatever you do, don’t miss out on this legendary event that brings all Beaver County residents together for one night to celebrate our community. This is the kind of night that you recall years from now and say, “Wow, that was a great time. I come from a great place.”

Allie Dixon
Allie is a lifelong resident of Beaver County. She is a 2006 graduate of Blackhawk High School, and still resides in Patterson Heights with her husband Andy and their 3-year old son, Luke. She is a Regional Manager at PLS Logistics and a sports fanatic. You can find her on Facebook as Allie Dixon.
 Share this article:  Facebook  Twitter
The State Theater on Franklin Avenue in Aliquippa June 25, 2015 By YBC
0
Comments
Anna Mae (Balik) Hardy, New Brighton June 24, 2015 By In Memory
0
Comments