As the Story Goes... 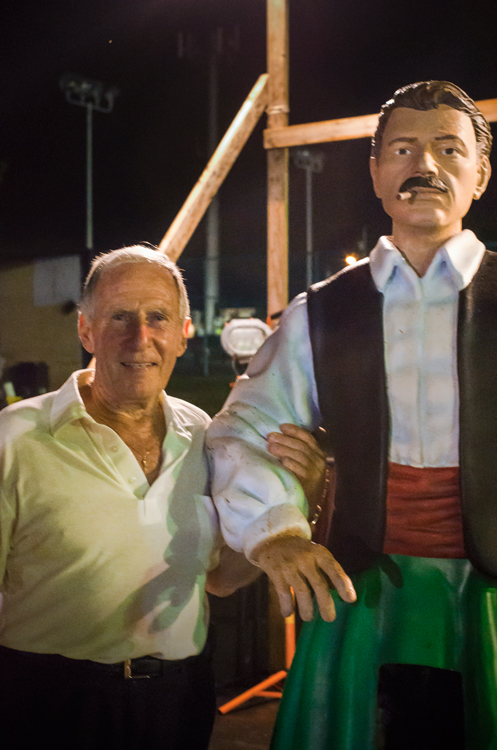 “Do you know the significance of the doll dance? Well, as the story goes: a long time ago, a female was bitten by a tarantula spider. And they didn’t have modern methods of getting rid of the poison. So the only way to get rid of the poison was to have her dance, dance the poison out of her.

So the male, he had to keep her moving, keep her dancing. So the fireworks are for the light, so he can find her. Of course, she gets rid of the poison and they live happily ever after. That’s the significance of the doll dance, and I’ve been doing it since 1987. This is my 66th year with the festa.”

(Henry Bufalini poses with the baby doll that he’s brought to life in the traditional dance at the San Rocco Festa for the past 66 years!)

Erin Ninehouser
Erin Ninehouser loves photography for its ability to reveal truths and insights that are often too difficult to capture with words. She believes, as Garrison Keillor says through his troubled yet triumphant character Barbara in Pontoon, that “the only sermon that counts is the one formed by our actions.” A native of New Castle, Erin has made her home in Ambridge where she lives happily with her wonderful husband Dave, their three adorable and hilarious cats, and their “old gentleman” dog, Max. Erin is excited to help tell the stories of the people of Beaver County. You can see more of her work on Facebook and connect on Instagram or Twitter.
 Share this article:  Facebook  Twitter
The Second Annual Beaver Wine Festival August 27, 2016 By Anastastia Beaverhausen
0
Comments
My First Big Shot Bob's Experience August 26, 2016 By Andrew Selby
0
Comments