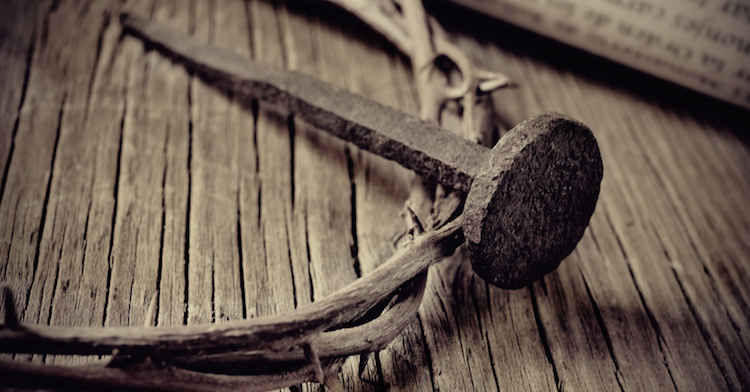 “He was oppressed and afflicted, yet he did not open his mouth; he was led like a lamb to the slaughter, and as a sheep before its shearers is silent, so he did not open his mouth. By oppression and judgment he was taken away. Yet who of his generation protested? For he was cut off from the land of the living; for the transgression of my people he was punished. He was assigned a grave with the wicked, and with the rich in his death, though he had done no violence, nor was any deceit in his mouth.” – Isaiah 53:7-9

The prophesy in these verses is fulfilled when Jesus remains silent before Caiaphas, the high priest (Mathew 26:63), is crucified on the cross, and is buried in a rich man’s tomb (Mathew 26:57-59). These verses in Isaiah not only highlight Jesus as the suffering servant (rather than the political savior many expected him to be), but also reveal the innocence of Jesus: “he did not open his mouth,” “like a lamb to the slaughter,” “though he had done no violence, nor was any deceit in his mouth.” The innocent baby lying in a manger, who we celebrate this Christmas season, remains innocent until death— and because he sacrificed his blameless life for us, we may approach God, repent, and be refreshed.

In contrast to Christ’s innocence, this passage also alludes to those who killed Christ: “he was oppressed and afflicted”… “by oppression and judgment he was taken away. Yet who of his generation protested?” … “for the transgression of my people he was punished.” The Jewish people oppressed Christ, judged Christ, punished Christ, and ultimately killed Christ. Peter speaks to this in Acts 3:11- 26: “But you denied the Holy and Righteous One, and asked for a murderer to be granted to you, and you killed the Author of life, whom God raised from the dead… I know that you acted in ignorance, as did also your rulers. But what God foretold by the mouth of all the prophets, that his Christ would suffer, he thus fulfilled. Repent therefore, and turn back, that your sins may be blotted out, that times of refreshing may come from the presence of the Lord, and that he may send the Christ appointed for you, Jesus, whom heaven must receive until the time for restoring all the things which God spoke by the mouth of his holy prophets long ago.” Like those to whom Peter speaks (those alluded to in Isaiah), we deny Christ, have sinful hearts, and have no right to God’s blessing or refreshing.

However, Christ, in his abundant grace and love for us, provides a way for us to be made right, to draw near to God, and to experience the soul-quenching refreshment that we need. The innocent Christ (who Isaiah describes) takes on the suffering and death that we deserve. For our transgressions he was punished. Although we stand with those who denied, oppressed, and afflicted Christ, Christ provides the way for us to turn, repent, and experience refreshment in Him

Dear God, As we celebrate Christmas and reflect on the birth of Christ, help us to remember the reason why Christ came: to suffer and die for us. Thank you for your rich grace and mercy in sending your Son to save us. Forgive us for our sins. We repent and turn to you. Refresh our souls today as we reflect on your great love and abundant blessing. Amen.