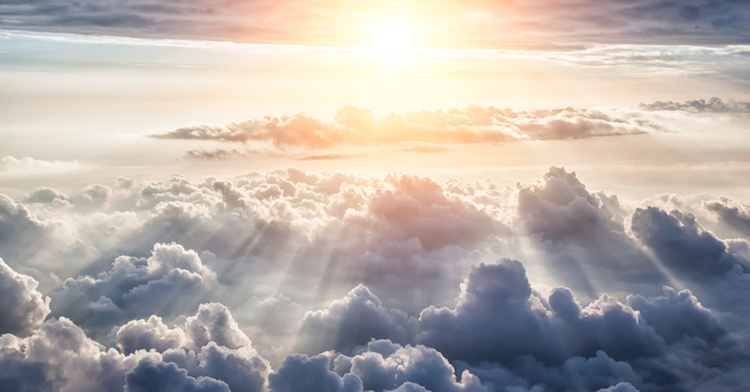 “In my vision at night I looked, and there before me was one like a son of man, coming with the clouds of heaven. He approached the Ancient of Days and was led into his presence. He was given authority, glory and sovereign power; all nations and peoples of every language worshipped him. His dominion is an everlasting dominion that will not pass away, and his kingdom is one that will never be destroyed.” – Daniel 7:13-14

This is the final part of Daniel’s dream, as described in Daniel 7. In verse 3, Daniel saw “four great beasts, each different from the others, which came up out of the sea.” He was later given the interpretation, in verse 17: “The four great beasts are four kings that will rise from the earth. But the holy people of the Most High will receive the kingdom and will possess it forever–yes, for ever and ever.”

In this final part of Daniel’s vision, the one to receive the kingdom is unlike any of the beasts seen earlier. The NIV footnote says that the Aramaic phrase “like a son of man” means “a human being.” So, the character of the final kingdom is like that of a human being, quite unlike the beastly empires which came before.

Jesus used this title, the Son of Man, to refer to himself often throughout the Gospels. And by doing so, he claimed for himself the very authority, glory and sovereign power described by Daniel. Yet we are still waiting for an earthly kingdom which is anything other than beastly. And so, we still wait longingly, for this divine, yet fully human, leader to take his rightful place in human history–to receive our worship, and that of all nations and peoples of every language, and to bring to the holy people of the Most High an everlasting kingdom.

So we pray: Maranatha: Come, Lord Jesus! Come with the clouds of heaven. Come to start your everlasting kingdom, which banishes forever our beastly governments. Amen.