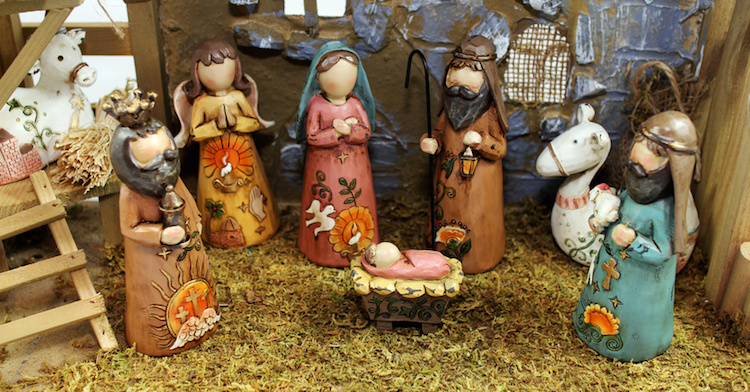 “In the time of those kings, the God of heaven will set up a kingdom that will never be destroyed, nor will it be left to another people. It will crush all those kingdoms and bring them to an end, but it will itself endure forever.” – Daniel 2:44

Growing up as kids, we would prepare for each school year around the turn of August. Our focus at that time was typically on purchasing books bags, trapper keepers, and new clothes instead of getting a head-start on the subjects we’d be learning for the next nine months. Similarly, during Advent, we would get excited for the lighting of the candles on the Advent wreath because it signaled to us that Christmas was coming. We understood that Christmas was the celebration of the initial coming of Christ, but we missed the mark on the reason Advent should be celebrated. We should also have been looking forward to the second coming of Christ.

This verse in Daniel points to the return of Christ to set up His kingdom – not to build upon what we have already established on earth, but a new heaven and new earth that will be institued, one which He has already authored, that we will enjoy with Him forever as Christians. Daniel states that the kingdoms will be crushed and destroyed which sounds gruesome. But this is a part of the end to all sin in the world, something all followers of Christ acknowledge as beneficial for His kingdom.

During the Advent season let us take the time to examine our hearts. Is our focus on keeping up with worldly pursuits or building into God’s infinite and eternal kingdom? If our excitement and anticipation are only found in worldly things then we will constantly be longing for more once that certain holiday, event, or occasion ends. If we are sufficient in Christ, then we are already experiencing immeasurable joy in Him and only long for his final, everlasting kingdom to be established upon His return.

Daniel states that the kingdom will endure forever. The duration of time from the lighting of the first Advent candle to Christmas morning seemed like an eternity as kids, the result of waiting eagerly. Now we are eagerly awaiting Christ’s return which will last for eternity.

Heavenly Father, we thank you that you are Sovereign. You know when Christ’s eternal kingdom will be restored on Earth. Help us this season to not only prepare for celebrating Christ’s birth but to also look forward to His return. We pray that our hearts would always be looking towards You. Amen.