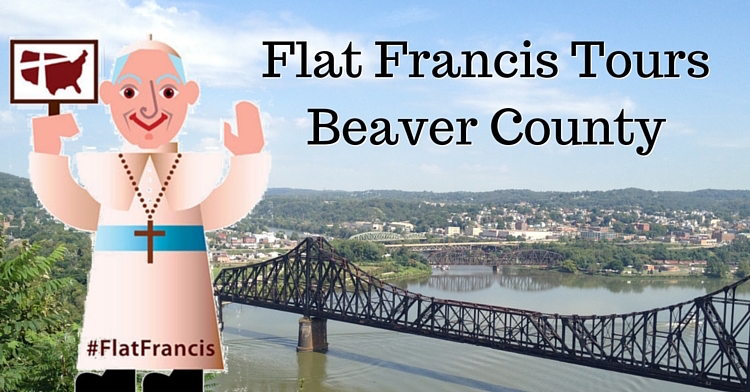 It looks like Pope Francis will not be making a surprise visit to Beaver County, but Flat Francis (a spinoff of Flat Stanley) loved touring our little slice of Pennsylvanian paradise.

The popeâ€™s inaugural visit to the United States comes to a close today in Philadelphia. Why Philadelphia? We all know that given the choice between eastern and western Pennsylvania, the west is the best. Philly might have an irreplaceable bell but we have a better hockey team and tastier sandwiches!

Philly may have won this time but there are plenty of organizations and eateries in Beaver County that Pope Francis might like to explore. Heâ€™s known for being a modest man who prefers simplicity over extravagance but, like the rest of us, he still enjoys particular foods and hobbies. Taking his interests into consideration, here are a few Beaver County spots that he would not want to miss: 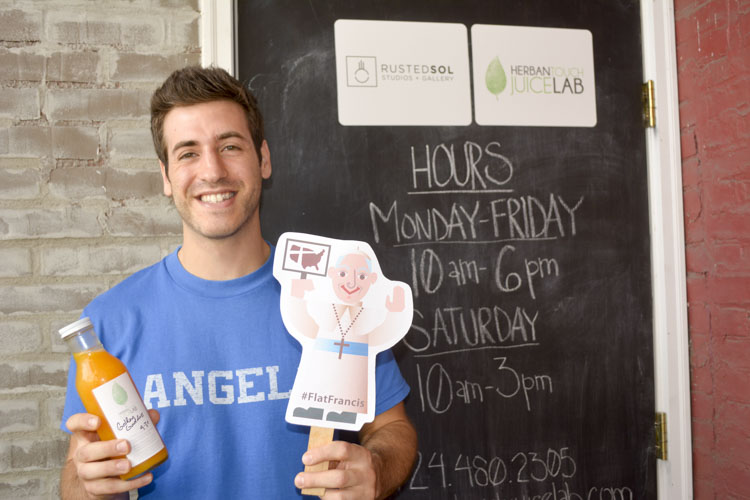 The pontiff typically starts his day around 4 a.m. so itâ€™s understandable that he might be parched by breakfast time. After praying, meditating and saying morning Mass, he often indulges in fresh-squeezed orange juice.

There is no question that he would love the selection of juice at Herban Touch Juice Lab in Beaver. The fresh fruits, vegetables and spices in their delicious and satisfying concoctions would help fuel Francis through the day. 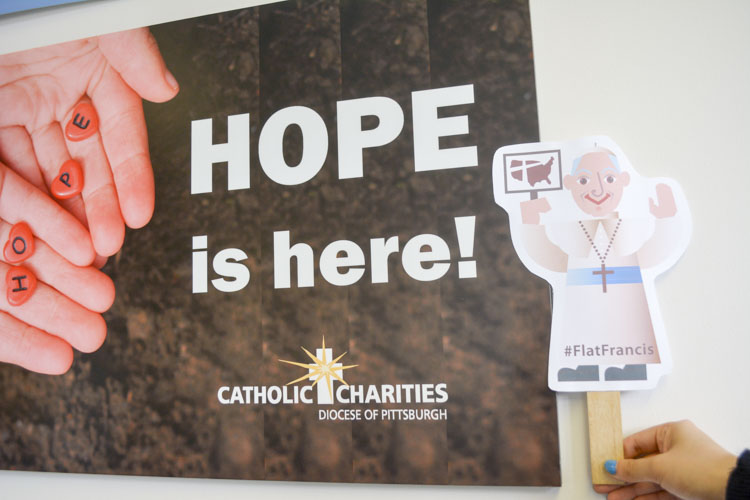 While sipping his morning juice, Francis might embark on a leisurely stroll down Third Street to visit the Catholic Charities office in Beaver.

As part of the Diocese of Pittsburgh, the agency offers counseling, parenting classes and other resources for Beaver County residents, regardless of their religious affiliation. 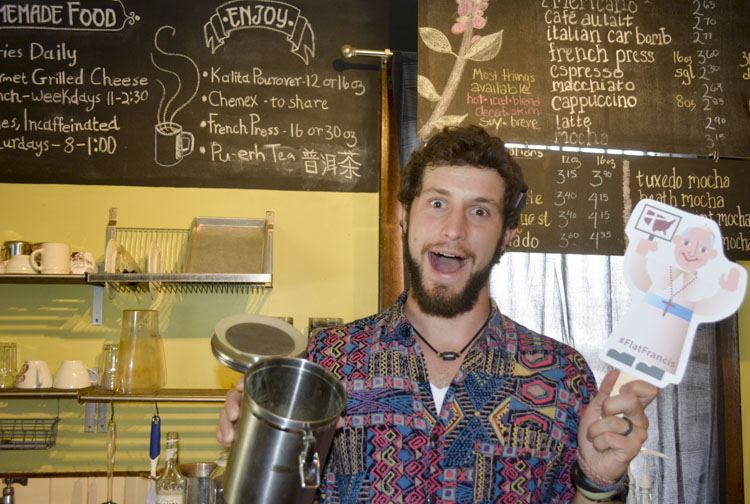 As a native of Argentina, Pope Francis loves mate. This popular South American drink is similar to herbal tea.

The fun folks at Beaver Falls Coffee & Tea Company would be delighted to make the pope a mean cup of mate. Francis, who is an adamant fĂştbol fan, might want to visit nearby Geneva College to see if the soccer team is on the field. 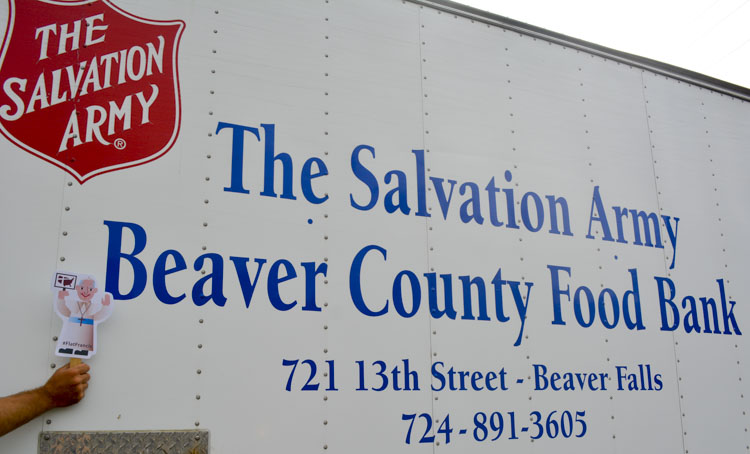 As the kind of person who prioritizes lunch with the homeless over lunch with politicians, the pope would certainly appreciate being among the people at the Salvation Army in Beaver Falls.

This particular branch oversees more than a dozen agencies dotted throughout the county. Most provide a variety of social services, including food distribution.

The Butcher & The Baker 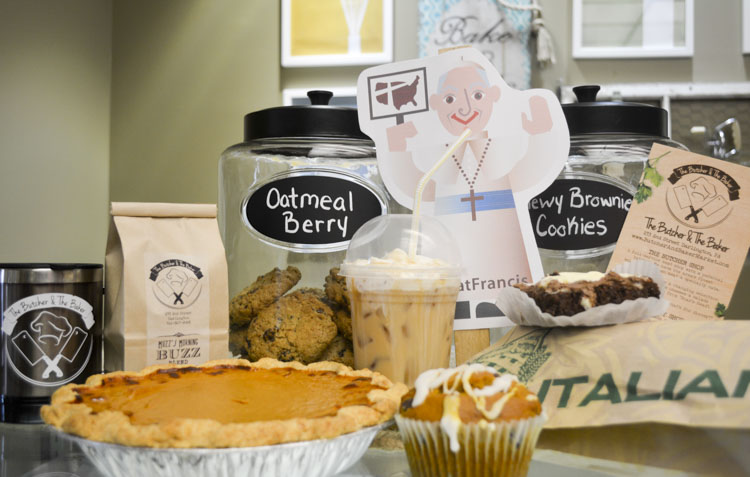 The pope likes to satisfy his sweet tooth with traditional Latin American sandwich cookies called alfajores. Beaver County may not be able to deliver this exact snack, but Francis would easily find a sweet treat at The Butcher & The Baker in Darlington.

The friendly owners would make sure he left a fresh loaf of homemade Italian bread. 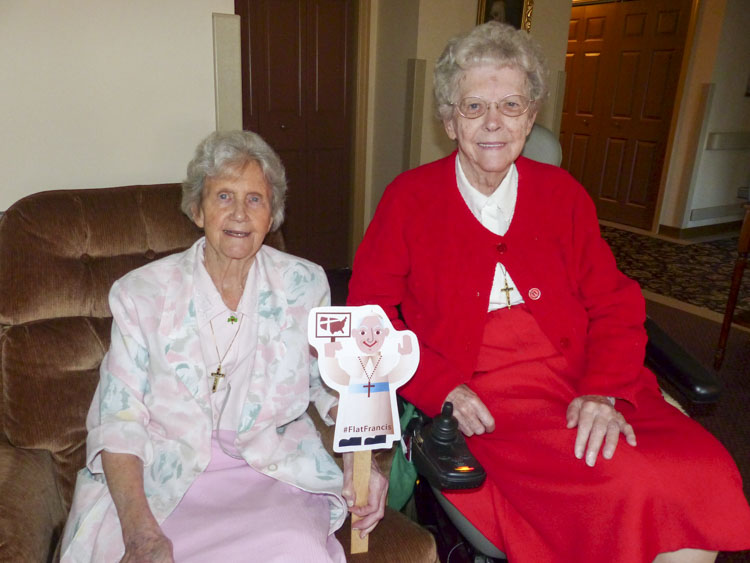 Pope Francis recently expressed gratitude for women religious so he would certainly want to visit the Sisters of St. Joseph of Baden, who have lived and served in the Beaver Valley for more than a century.

He might share a meal with retired Sisters, walk the labyrinth or explore the community gardens. Known for their hospitality, the Sisters would likely send him off with a jar of honey from the apiary. 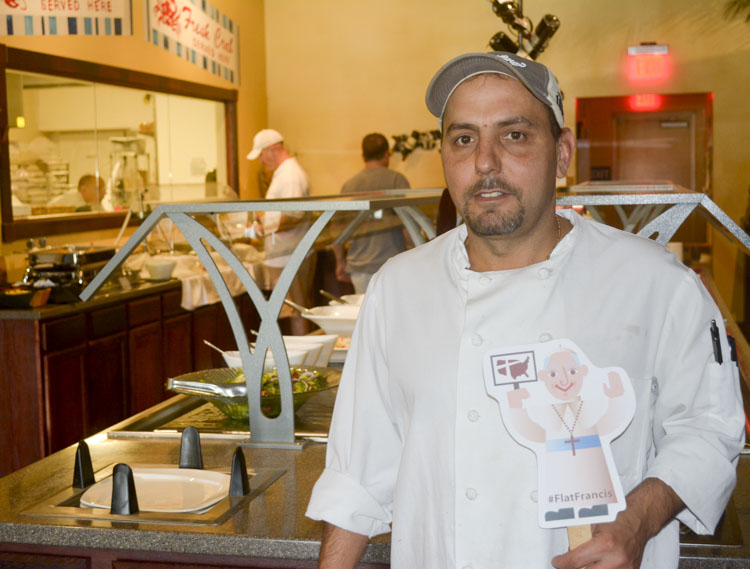 Like any true Argentinian, the pope loves a good steak. Palms Brazilian Steakhouse in Aliquippa has an extensive selection of savory options that are sure to please.

The combination of tableside Gaucho service and cold bar items like salad and seafood would surely help Francis refuel for another day of appearances.

Alison Lucci
Alison is a nonprofit communicator, grad student, and lifelong Beaver Countian. She enjoys kayaking, baking, and exploring new places. She dabbles in gardening and DIY projects. Alison resides in Center Township with her husband and two mischievous miniature schnauzers. Sheâ€™s trying to be the kind of person her dogs think she is. You can follow her adventures on Instagram.
 Share this article:  Facebook  Twitter
Helen Snyder, Monaca September 27, 2015 By In Memory
0
Comments
Look to Jesus September 27, 2015 By Lauren Marelli
0
Comments