6 Pumpkin Beers That Are Worth Your Time This Year 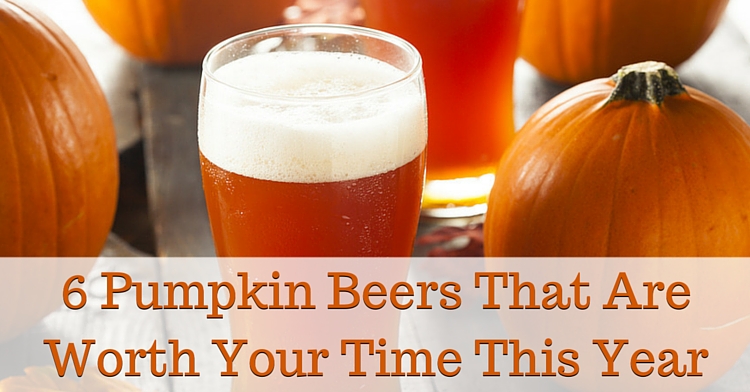 Every year around this time, we are overrun by a society filled with fits of pumpkin-flavored rage. As the panic sets in, I welcome with open arms, my wife’s homemade pumpkin pie (I hope you’re reading), and the arrival of noteworthy pumpkin beer.

There is a mad rush on everything in today’s world. And there is no exception to this (sense of urgency) when it comes to the release of pumpkin beer. But no matter how hard we are force fed the early release of pumpkin beer, I insist on waiting until summer is in my rearview and the season of fall is upon us.

In addition to praising a handful of pumpkin beers, I’m also here to shatter any rumors where only housewives and hipsters can appreciate pumpkin beer. Even the manliest of men can enjoy a few pumpkin beers as long as they’re among the elite.

A vast number of breweries are putting out some sort of pumpkin-flavored beer. So what’s the problem with an oversaturated market? It’s knowing what’s worth your time.

I couldn’t possibly get to every pumpkin beer out there, and some were out of my reach. What I do have for you is a list. A personal list of six pumpkin beers that are definitely worth your time. So in other words…they don’t suck!

Reader’s Note: The following pumpkin beers are available at select bars, bottle shops, and beer distributors in and around Beaver County. Don’t procrastinate too long though, or you’ll be staring at Christmas beer! 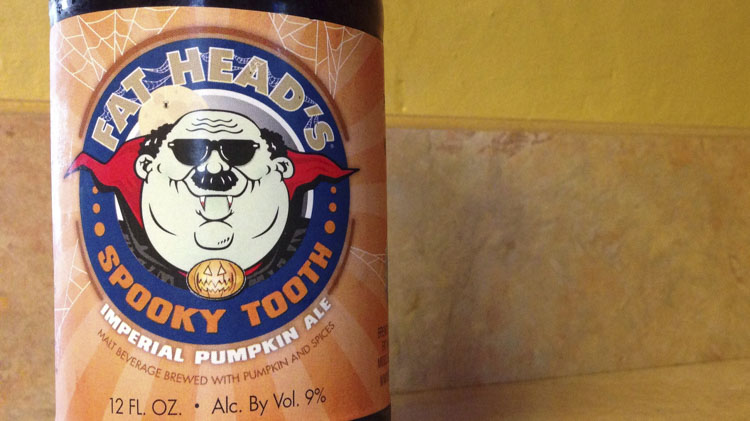 Fat Heads has a reputation for cranking out delicious beer I LOVE wholeheartedly. And this Imperial Pumpkin Ale claiming to have bite (and it sure does) is no different than the rest of their flawless lineup. Fat Heads is like the one friend that never lets you down.

Have you ever wanted to sip a delicious pumpkin beer from a fancy beer glass? I’m talking cardigans and wingtips. If so, Spooky Tooth can make this dream come true, all while delivering top notch pumpkin flavor and premium spice character.

Just remember though, a pumpkin beer this smooth clocking in at 9.0% ABV, will have you all warm and fuzzy inside. And in no time, prank calling your boss like it’s your job.

To all of you out there who are motivated by the farm-to-table movement, be sure to get your hands on this pumpkin ale. It’s a ground to glass pumpkin beer that’s brewed with handpicked, homegrown pumpkins from Rogue Farms in Independence, Oregon. The pumpkins are then carted 77 miles to the brewery in Newport, Oregon to be roasted and pitched into the brew kettle.

With its drinkability and low ABV, it’s perfect for the featherweight in your group, or someone looking for the opposite of overbearing pumpkin flavor and vigorous spice.

No pumpkin beer comes close to its grander, all while maintaining its simplicity. 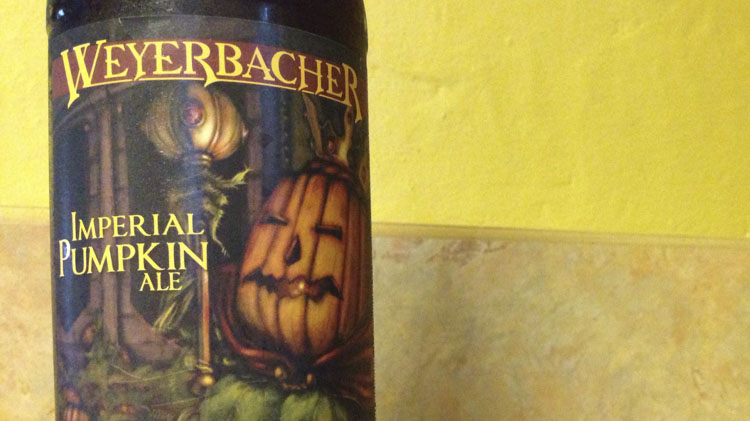 Weyerbacher Brewing Company is known for making complex beers, and why on earth would they pull any punches with their Imperial Pumpkin Ale. It tastes like nothing in the pumpkin beer category.

This pumpkin ale is in a league of its own, with a magnitude of deep, rich pumpkin flavor, and a variety of in-your-face spices to back up its claim as “The King of the Pumpkins!”

Not only will this brew satisfy all six senses, it will also put you to sleep at your next Thanksgiving Dinner if you’re not careful. No one wants to wake up in a bowl full of mashed potatoes, so please drink responsibly. 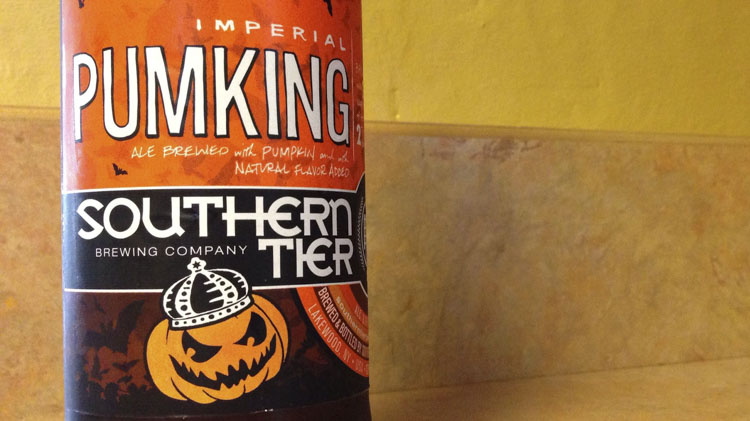 When you’re as big as the Chicago Bulls were in the 90’s, you’re going to have haters no matter what. I’ve caught wind of some beer nerds saying Pumking has sold-out on quality after going mainstream. I’m not a beer nerd, so I wouldn’t know anything about that.

But what I do know is Southern Tier is still finding a way to make a beer that starts off tasting like spice filled pumpkin pie and ends with you saying, “was that pie crust?”

If I had to describe the character of Pumking, I would ask you to imagine your sweet grandmother baking delicious pumpkin pies all day long. Now imagine she’s also in a hardcore metal band. That’s Pumking! 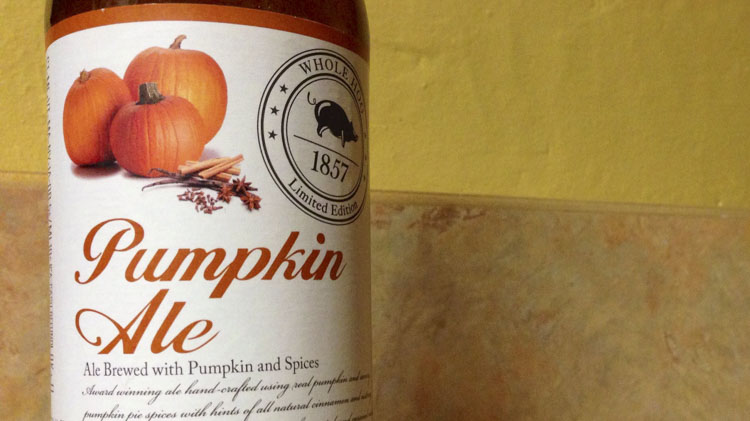 For most of my life, I was sure the only three things to come out of Wisconsin were Vince Lombardi, Brett Favre, and Cheddar Cheese. I was wrong. I was so wrong.

This award winning, Wisconsin born pumpkin ale is extremely pleasing on the palate. A must have for any pumpkin beer enthusiast. It has incredible hints of pumpkin pie spices like cinnamon and nutmeg. If you’re lucky enough to get your hands on this one, then please don’t hesitate. You won’t be disappointed.

This pumpkin ale would be great next to a slice of homemade pumpkin pie. 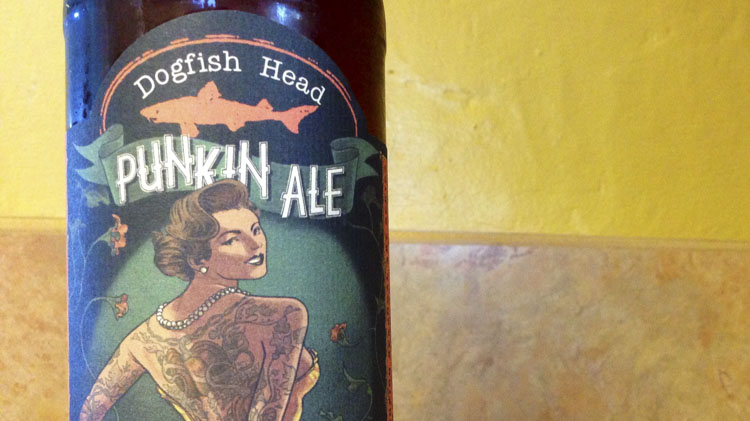 Dogfish Head Brewing is a pioneer in envelope pushing beers. With the exception of their incredible IPA arsenal, I’m often hesitant when it comes to their adventurous side. I just don’t want a beer with scrapple in it.

But if we’re talking about their Punkin Ale, then I’m all over it. No doubt my favorite seasonal release, with pure taste of real pumpkin, brown sugar, cloves, and nutmeg.

A great seasonal to enjoy in front of a nice fall fire, accompanied by a good cigar. That’s what I call the finer things in life. I was fortunate enough to visit the Dogfish Head brewery in 2010 and drink this bad boy right off the production line.

Corey Allinder
A lifelong resident of Beaver County – with a taste for good food and delicious craft beer. He has a special place in his heart for all of the neglected and mistreated dogs in the world. Corey spends all of his free time enjoying the outdoors with his wife, daughter, and locally famous Boston Terrier – who can be found here on Instagram.
 Share this article:  Facebook  Twitter
Kathryn L. Ahern, Beaver October 3, 2015 By In Memory
0
Comments
I'm Only Here 6 Months of the Year October 2, 2015 By Amanda Bradley
0
Comments