10 Reasons Why the Steelers Are Going to the Super Bowl 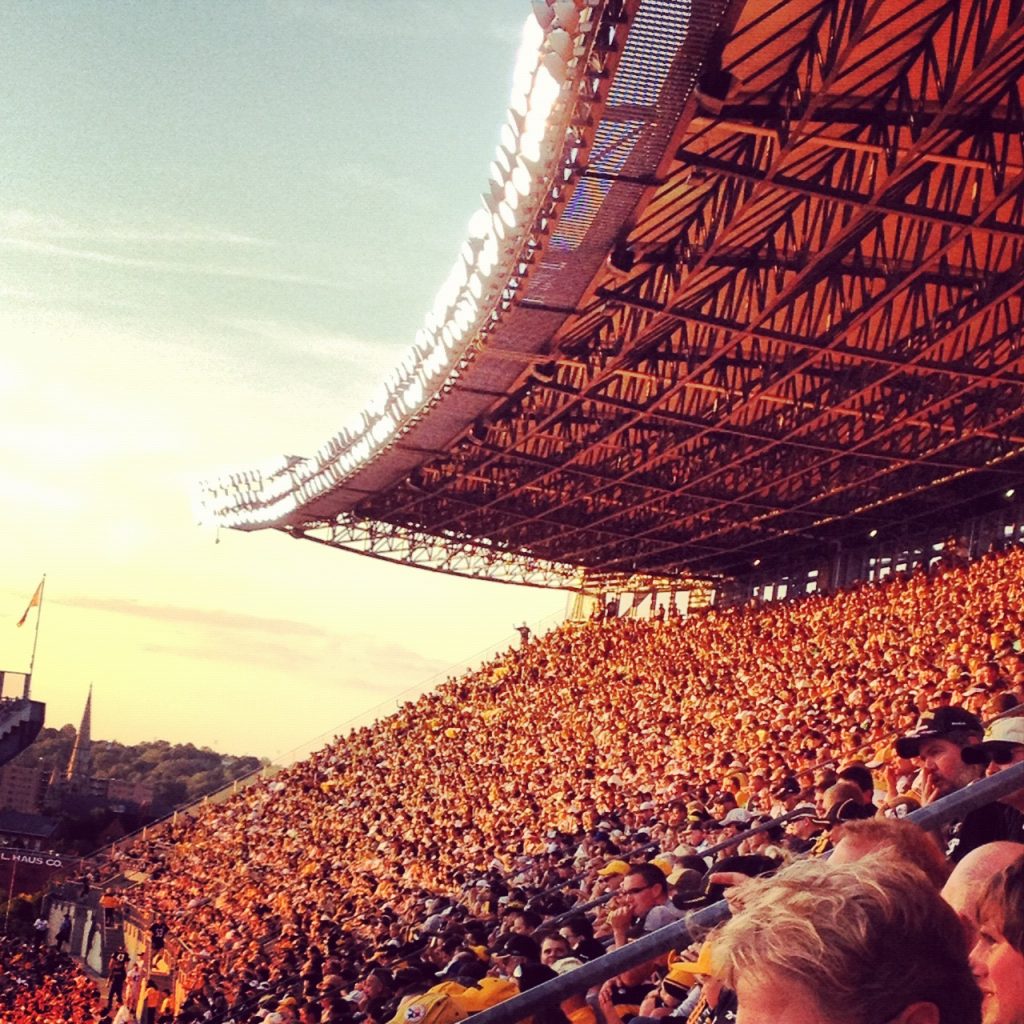 The beating heart of football in America flows through the Three Rivers in Pittsburgh.   It bleeds black and gold straight out of Heinz Field to the furthest reaches of the country.  Its storied franchise is rich in history with arguably the best and largest fan base in football, and is making its record setting 16th AFC Championship appearance this Sunday, all the while being poised to win its 7th Lombardi Trophy.

Emotions are high and the excitement continues to rise as the Steelers prepare for their trip to Foxboro as a 4.5 point underdog to take on their arch-nemesis: Tom Brady, his ridiculous butt chin, and the rest of the New England Patriots.

As usual, there are very few people even giving the Steelers a chance against the Pats… but that’s just what happened last weekend against the Chiefs.  That’s when Chris Boswell shocked the world and beat Kansas City himself with a record-setting six field goals.  It was the first time in history that a team has lost a playoff game when they scored two more touchdowns than their opponent.

Sure, there are plenty of reasons to like the Patriots going into this game.  Even hating them the way that I do, I’m not going to pretend that they aren’t a great and talented team.  They’re playing at home, Belichick may be a cheater- but he’s also a genius. You can see that from him prepping two backup QB’s to win big games early in the season.  They also have “crybaby Brady” who the refs will protect at all costs, and they’ve really just had the Steelers’ number since the early 2000’s.

I don’t think that’s enough, though.  I don’t buy it.  I know I’m biased, and I’m fine with that.  But I also know that I haven’t seen our squad play like this since 2008.  When you watch as much football as I do, you start to get a sense when games are going to go a certain way.  I normally get a bad feeling before a game that the Steelers lose.  I haven’t felt that way since we played Dallas back in November, and I still don’t feel that way now.

I’ll give you a quick run-down of 10 reasons (mostly backed by statistics, and a few based on own my crazy ramblings) why the Steelers are going to steal this game on the road and move onto Super Bowl LI (51).

Win Streak:  They’re finally hot and peaking at the right time.  Ben told the squad to follow him after their Dallas loss, and they have.  9 straight wins to end the regular season and through the first two rounds of the playoffs.  They’re not ready to see that end until it gets to 11.

Surging Defense: Since the end of October, our defense has been as good as any in the NFL.  Our young DB’s are flourishing, Mike Mitchell stopped taking stupid penalties, and our linebackers are tops in the league, led by DEBO himself.  Not to mention Bud Dupree is literally killing human beings on the field.  I.P. Matt Moore.  The Texans had a solid D, but the Pats haven’t seen anything like what the Steelers are going to throw at them this weekend.

Finally healthy: Before this season, the 3 B’s haven’t all played a post-season game together due to injuries.  Ben, AB and Lev are finally taking the field together, and the first two playoff games have shown that they are a force to be reckoned with.

Pats looked flat last week: Sure, they covered the spread in the fourth quarter, but only because Brock Osweiler (technically now the backup to Tom Savage) tried airing the ball out to come back from a small deficit and made it rain interceptions.  They kept the score at 13-14 for the majority of the game.  Brady threw 2 picks, cried like a baby when calls didn’t go his way, and the squad itself looked nothing like the cool, composed team they normally are when playing an inferior opponent.  I like what I saw.

Chris Boswell: The 4th Killer B.  Set an NFL playoff record going 6 for 6 on FG’s last week.  He single handedly secured the victory over the Chiefs, despite horrible play calling in the red zone and the score being much closer than the actual game was.  As opposed to the Pats/Texans where the game was much closer than the score showed.  For being so young, he is the ultimate clutch kicker. 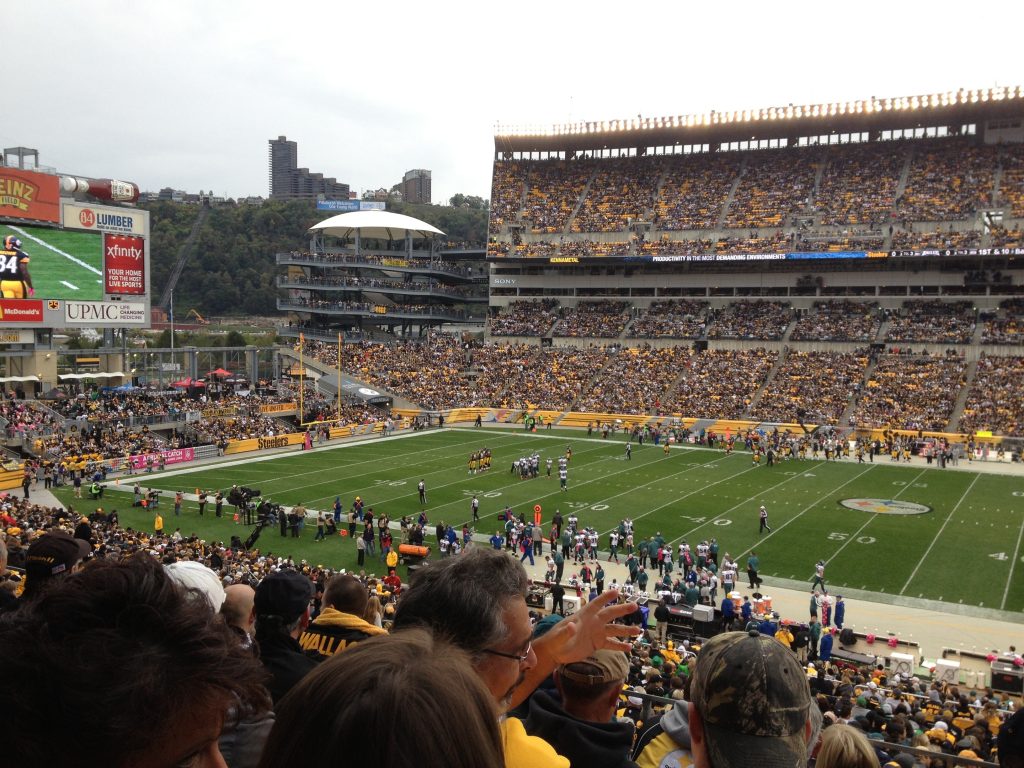 They just don’t have enough defense: The Pats have a solid D.  But they’re going to have to stack the box and drop back fewer DB’s to have any hope of stopping Leveon’s rushing assault.  They’ll put Malcom Butler on AB and double him up with a Safety in most cases, leaving little left to handle the likes of Eli Rogers, Jesse James, Coby Hamilton and company who have all been incredibly effective.  They can try to take away the rush, or take away the pass.  They won’t be able to do both.

Putting pressure on Brady: Love him or hate him (like I do unless he’s on my fantasy team) there’s no denying that he’s one of the best QB’s of all time.  One of, or possibly his only weakness, is when he’s rushed or has to scramble out of the pocket.  Brady’s game is all about timing.  If you get in his face and get him out of his rhythm, he struggles.  He’s not a great out-of-pocket passer like Big Ben, who actually does better when he’s scrambling.  Houston did a little of that last week with their pass rush, and with Harrison and Timmons leading the NFL in post-season sacks and tackles, he’s going to have his work cut out for him on Sunday.

Le’Veon Bell: Aside from having the best abs in the universe, he’s an absolute animal on the field.  He’s set a post-season record for most rushing yards in a player’s first two playoff games with 337.  He’s also a huge threat in the passing game, especially with quick slants, screens, etc.  The Patriots can’t possibly stop him.  Their only hope is to contain him as much as possible.

AFC Underdogs: When the Patriots came to Pittsburgh in 2002 and 2005, they were the underdog.  They were playing on the road, and the odds were against them.  Between some bad penalties on special teams, a Bledsoe/Brady combo, and picks by Kordell Stewart, we handed them the 2002 game.  4 turnovers contributed to the 2005 loss.  This year we’re on the road.  We’re the underdog with something to prove.  And we’re going to.

We’re just so sick of the Patriots: Whether it’s because of Belichick’s dirty, cut-off hoodies, their continued cheating, smug attitudes, or even the fact that they’re just really good… I think we can all agree: We hate the Patriots.  We’re so sick of them winning their crappy AFC East even on their off-years because everyone else is so bad and always getting an easy path to the Super Bowl.  Enough is enough.  It’s not happening this time.  Because we’re going to beat them.  We’re going to get our #7.

Allie Dixon
Allie is a lifelong resident of Beaver County. She is a 2006 graduate of Blackhawk High School, and still resides in Patterson Heights with her husband Andy and their 3-year old son, Luke. She is a Regional Manager at PLS Logistics and a sports fanatic. You can find her on Facebook as Allie Dixon.
 Share this article:  Facebook  Twitter
Glimpses of Glory - Our Sunday Devotional from Pastor Tom Stein January 22, 2017 By Ana Beaverhausen
0
Comments
Beaver Health Mart Pharmacy January 19, 2017 By Ana Beaverhausen
0
Comments